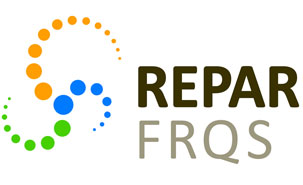 Dr Swaine is Professor in the physical therapy program of the rehabilitation school of the Université de Montréal (UdeM). Physiotherapist, Dr Swaine received her doctorate from UdeM. Since 2000, she has been a researcher at the Center for interdisciplinary rehabilitation research of Greater Montreal (CRIR) and has been the Co-Scientific Director of the research center since 2009. She was a research scholar at FRQS for 12 years (Junior I, II and Senior) and received several major grants from the FRQS and CIHR. Dr Swaine is recognized in Quebec and at the national and international levels in the field of research with children and adults who have suffered a traumatic brain injury (TBI).

With her expertise in rehabilitation, epidemiology and methodology, she has conducted studies on the evaluation of the quality of rehabilitation services, on developing assessment tools, as well as on knowledge transfer. She has also participated in the development of clinical practice guidelines.

Over the years, Dr Swaine has worked with clinicians, researchers and administrators in Quebec, Canada and Europe. She has represented Canada in international teams dedicated to developing performance measures related to research in pediatric TBI.

She currently provides leadership in Canadian initiatives to create pan-Canadian TBI collaboration. Active within REPAR (Member of the Scientific Council from 2001-2006), Dr Swaine has worked in collaboration with many REPAR researchers at UdeM and from other Quebec universities. She is co-director of an ONF-REPAR team of more than ten working on research related to the provision of TBI rehabilitation services. In addition, she has co-directed the CRIR Rehabilitation Living Lab (RehabMaLL) project since 2011.

Over the years, Dr Swaine has received numerous invitations to present her research findings at local, national and international conferences. She has published 85 peer-reviewed scientific articles, five book chapters, six research reports and more than 120 abstracts. She has directed the work of 12 master's and 11 doctoral students, and 2 postdoctoral fellows, as well as 51 professional masters study projects - an outstanding contribution to the training of the next generation.

The event was attended by many members of REPAR and dignitaries invited for the occasion. The recognition award was presented to Dr Swaine by the first recipient of the award, Dr Carol Richards, and in the presence of the Minister for Rehabilitation, Youth Protection and Public Health, Ms Lucie Charlebois.