By studying the genetics of populations infected by the Lassa virus, Jesse Shaprio and his colleagues were able to trace its geographic origin and evolution.

According to the Centers for Disease Control and Prevention in Atlanta, terrible hemorrhagic fevers caused by the Lassa virus affect 300,000 people in Africa each year, killing over 5,00. The virus is transmitted from rats (Mastomys natalensis) to humans through airborne particles imbued with the animals' urine or droppings, through bites, or through direct contact with the blood or other bodily fluids of an infected person.

The resulting fever was first discovered in Nigeria over 40 years ago, but only now have some of the viral mutations that foil the immune system finally been identified. This was accomplished by an international team of researchers that included Jesse Shapiro, a professor at the University of Montreal's Department of Biological Sciences and holder of the Canada Research Chair in Evolutionary Microbial Genomics. “Part of the virus' envelope, the glycoprotein enables the Lassa virus to infect cells upon its entry into the body, but because it is exposed on the surface of the virus, it is targeted by the human immune system. But mutations in the glycoprotein allow the virus to evade the immune system,” he explains.

By studying the genetic data of infected populations (humans and rats) in detail, Shapiro and his colleagues traced the geographical origin and evolution of this singular virus. The information will help guide virologists toward the best possible responses to the epidemic. “It gives us a greater understanding of how Lassa evolves, which is important for developing vaccines and therapies,” Shapiro says.

Rats are the culprit

The WHO is concerned, especially because Lasa fever is so difficult to treat. Ribavrin (an antiviral) must be administered within six or seven days of infection, but diagnosis is rarely made on time. The precise determination of the protein to be neutralized (for the treatment) or mimicked (for the vaccine) is the key to success. This is what the team – made up of researchers from the Scripps Research Institute, the University of Montreal, Harvard University, Tulane University, the Nigeria Irrua Hospital, and Sierra Leone Kenema Government Hospital – was able to do.

Their findings, recently published in the scientific journal Cell, show that distant strains of Lassa can be traced to Nigeria in a common ancestor of the virus dating back over 1,000 years. The researchers were particularly surprised because the infection was identified in Nigeria for the first time in 1969. They found that the hemorrhagic fever has spread over the past 400 years in Guinea, Liberia, and Sierra Leone – the same areas affected by the Ebola virus since 2013.

With its propagation, the mutated virus seems to have better adapted to mammalian hosts. Currently, it kills its human host quickly, which limits the epidemic. But with more patients surviving, the virus can spread further. The new data also show that most cases of Lassa fever are caused by the animal reservoir that carries the virus without being affected and transmits it to humans through contact. “Because Lassa is spread less frequently from human to human, its reach has been limited – a major difference between the Lassa virus and the Ebola virus.”

Pending a possible treatment or vaccine, eradication campaigns against Mastomys natalensis are ongoing. For their part, Shapiro and his colleagues are trying to understand why some patients are more resistant to infection. The ability of their immune system to disable the virus may inspire effective treatments. 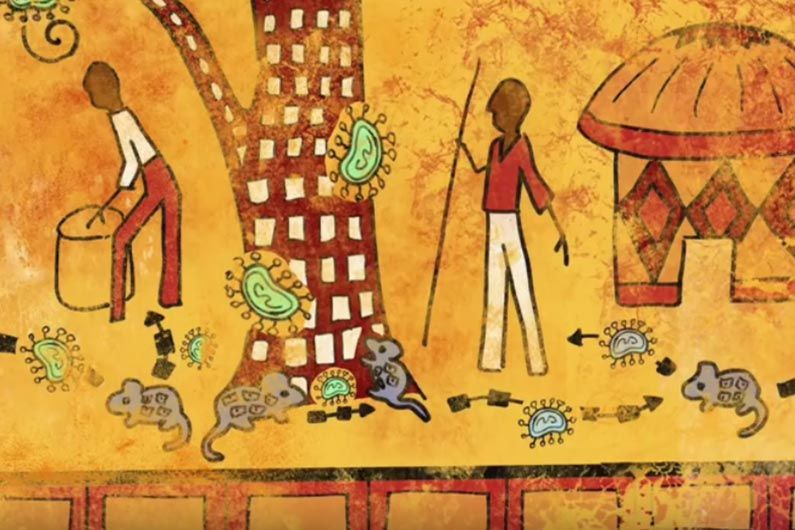