Researchers observed that protection from light resulted in a 50% reduction in mortality rates.

The survival rate of preemies born between 26 to 31 weeks of gestation is improved by blocking light from reaching the intravenously-fed infused nutritious mixture they depend on for survival, researchers at CHU Sainte-Justine and the University of Montreal have revealed in a new study. Premature babied need to be fed intravenously due to the immaturity of their digestive system and their high nutritional requirements during their first days of life. This also prevents serious potential complications such as pulmonary and kidney dysfunction or generalized infection. ʺThe conclusions to be drawn are clear. An easy to implement, fully light-shielded delivery system for parenteral nutrition needs to be developed to reduce mortality rates in premature infantsʺ, said Jean-Claude Lavoie, lead author of the study which was published in the Journal of Parenteral and Enteral Nutrition.

Parenteral nutrition is essential to the survival of babies born preterm because it provides them with vital nutrients like proteins, fat and glucose, and enables them to develop just as fetuses of their age would do in their mother's womb. Ironically, exposing this type of food preparation to light generates oxidants which the premature infant's immature defenses cannot fight. ʺThe photo-excited vitamins B2 and ‘electron donors' such as vitamin C, amino acids and lipids all interact in the multivitamin solution and generate oxidants”, Jean-Claude Lavoie explains. “This creates an oxidative stress which damages and kills newborn cells. Fortunately, studies show that shielding parenteral nutrition from light significantly decreases such an interactionʺ, he adds. ʺHowever, the solution has to be shielded from the moment it is prepared in the pharmacy all the way through to infusion on the ward, including all bags, tubing and syringes through which it passes,” specifies Maxime Thibault, a pharmacist at CHU Sainte-Justine. “Partial photo-protection is ineffective in preventing oxidant generation.ʺ

To reach these conclusions, researchers ran a meta-analysis of studies reporting the outcome of photo-protected parenteral nutrition on preterm infants. The mortality rates of cohorts totalling 800 infants born preterm (between 26 and 31 weeks of pregnancy) at hospital discharge or when they had reached the equivalent of 36 weeks gestational age were analyzed. Only randomized studies were taken into account, where groups receiving a light-protected solution or a light-exposed solution were formed randomly. A 50% reduction in mortality rates was reported. Male infants were also reported to be half as resistant to oxidative stress, which leads scientists to suggest that this variable should be considered in preterm infant care.

Jean-Claude Lavoie's team is about to launch a clinical trial to assess the efficacy of an end-to-end photo-protected delivery system that would be easy to implement in clinical settings. With a rising number of children and adults – for example with cancer – under long term home parenteral nutrition as part of a life-sustaining therapy, further studies need to be pursued to assess the potential benefits of photo-protection on severe complications that impede their quality of life. 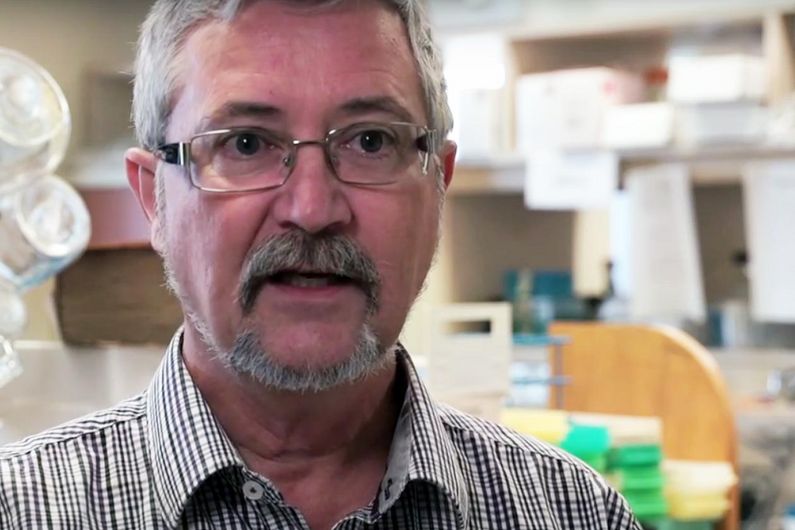 The article "Shielding parenteral nutrition from light improves survival rate in premature infants" was published in the Journal of Parenteral and Enteral Nutrition on September 17, 2015. This research has been funded by the Canadian Institutes of Health Research (CIHR). Lead author Jean-Claude Lavoie is a researcher in the Metabolic Health and Complex Diseases axis at CHU Sainte-Justine Research Center and associate professor in the Departments of Pediatrics and Nutrition at Université de Montréal. First author Dr. Philippe Chessex works in the Neonatology Service at the Children's and Women's Health Centre of BC of University of British Columbia

TERMS OF USE: Unless otherwise noted, images for download on Université de Montréal's news website are made available to the media, non-profit organisations and the general public under a Creative Commons Attribution-ShareAlike license. Images must be credited "Université de Montréal." 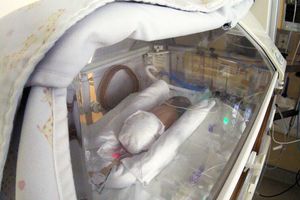