Children born with liver metabolism diseases face severe difficulties and even death, as treatment is rarely possible. Gilead Sciences announced in San Francisco today that they will be boosting the effort to develop treatments for these conditions by awarding C$170,000 to Dr. Massimiliano Paganelli, a professor at Université de Montréal and a doctor and researcher at the university's affiliated CHU Sainte Justine children's hospital, who will now investigate new avenues of research.

“Inborn errors of liver metabolism are diseases caused by a single gene mutation entailing multiple severe and often lethal hepatic and extra-hepatic consequences. The quality of life of children and adults with enzyme deficiencies caused by such mutations is often very poor,” Dr. Paganelli explained. “My study aims at assessing the feasibility of treating inborn errors of liver metabolism by the means of cellular transplantation, thus curing the disease while freeing the patient from the need of liver transplantation and from lifelong treatments and compelling diets.” 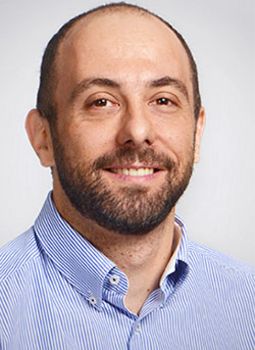 Paganelli and his colleagues will be working specifically with children suffering from tyrosinemia in order to ascertain whether or not the approach will work in principle. More than 80% of the patients with a disease like tyrosinemia die before 2 years of age, if not treated, and even then, the long-term effects of the current treatment are unknown and patients still need to comply to strict dietary restrictions. “The first part of the project aims at generating stem cells from the patients' blood and using them to generate hepatocytes, i.e. liver cells. As these hepatocytes will be comparable to those in the body of the patient, we will be able to study them in the lab in order to better understand the disease and test new drugs,” Dr. Paganelli said.

The next step will then be to use genome editing to remove the disease-causing mutation in the stem cells. “Edited stem cells will then be used to generate hepatocytes, which will be identical to the patient's liver cells except that they won't carry the mutation: i.e., they will be healthy. The final aim will be to transplant such edited hepatocytes back to the patient in order to cure the liver disease. As the patient receives his or her own cells, the body accepts them without the need of lifelong immunosuppressive treatment,” Dr.  Paganelli explained. Known as autologous cell therapy, Dr. Paganelli will not be testing this approach in humans, but will rather be working with mice to test the effectiveness of the technique and to assess its safety.

“Overall, autologous cell therapy has the potential to completely change the life of patients with tyrosinemia and with inborn errors of liver metabolism in general, allowing curing the disease without the need of lifelong treatments,” said Dr. Hélène Boisjoly, Dean of Université de Montréal's Faculty of Medicine. “If successful, this study will be a significant step forward for the translation of autologous cell therapy to clinical practice, with the potential to dramatically change the quality of life of thousands of people. We are grateful to Gilead Sciences for their support of Dr. Paganelli's very significant research project.”

The program through which Dr. Paganelli has received his funding is officially known as the Gilead Sciences Research Scholars Program in Liver Disease – The Americas. Dr. Massimiliano Paganelli, M.D., PhD, is a pediatric hepatologist at CHU Sainte-Justine, a researcher at the CHU Sainte-Justine Research Centre, and an Assistant Professor at the University of Montreal's Department of Pediatrics. The University of Montreal is officially known as Université de Montréal.