Ground breaking study published in JAMA Pediatrics looks at outcomes of 145,456 pregnancies after antidepressant use.

Using antidepressants during pregnancy greatly increases the risk of autism, Professor Anick Bérard of the University of Montreal and its affiliated CHU Sainte-Justine children's hospital revealed today. Prof. Bérard, an internationally renowned expert in the fields of pharmaceutical safety during pregnancy, came to her conclusions after reviewing data covering 145,456 pregnancies. The study revealed that the risk of giving birth to child with autism was 1% amongst women who weren't taking antidepressants during their pregnancy, whilst it was 1.87% amongst women who were being treated with antidepressants during their second and third trimester, i.e., there was an 87% increase of risk.

“Moreover, this absolute risk was higher than 2% amongst women taking SSRIs, the most commonly used antidepressants (Paxil, Prozac, Zoloft and Celexa.) These risks cannot be explained by the mother's depression as they are greater than the risk of autism associated with maternal depression," Dr. Bérard said. Most of the women in the cohort (85%) had light to moderate depression for which other treatment options could have been considered."

“The variety of causes of autism remain unclear, but studies have shown that both genetics and environment can play a role,” she explained. “Our study has established that taking antidepressants during the second or third trimester of pregnancy almost doubles the risk that the child will be diagnosed with autism by age 7, especially if the mother takes selective serotonin reuptake inhibitors, often known by its acronym SSRIs.” Her findings were published today in JAMA Pediatrics. 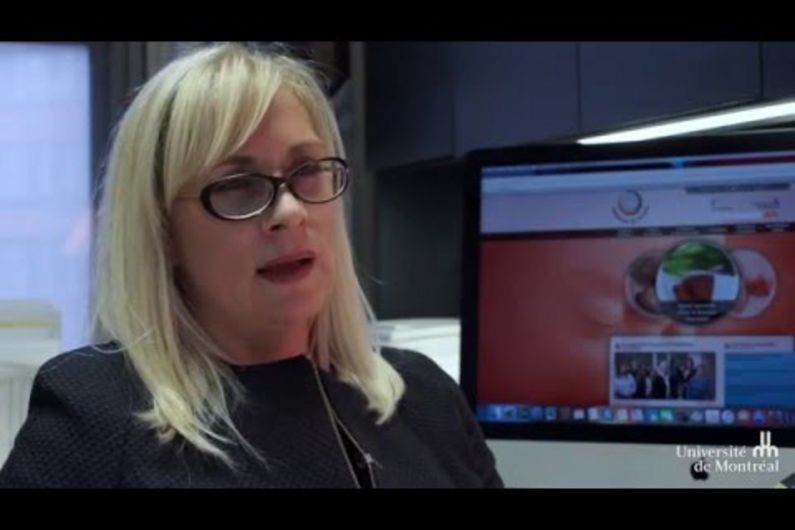 Bérard and her colleagues worked with data from the Quebec Pregnancy Cohort and studied 145,456 children between the time of their conception up to age ten. In addition to information about the mother's use of antidepressants and the child's eventual diagnosis of autism, the data included a wealth of details that enabled the team to tease out the specific impact of the antidepressant drugs. For example, some people are genetically predisposed to autism (i.e., a family history of it.) Maternal age, and depression are known to be associated with the development of autism, as are certain socio-economic factors such as being exposed to poverty, and the team was able to take all of these into consideration. “We defined exposure to antidepressants as the mother having had one or more prescription for antidepressants filled during the second or third trimester of the pregnancy. This period was chosen as the infant's critical brain development occurs during this time,” Prof. Bérard said. “Amongst all the children in the study, we then identified which children had been diagnosed with a form of autism by looking at hospital records indicating diagnosed childhood autism, atypical autism, Asperger's syndrome, or a pervasive developmental disorder. Finally, we looked for a statistical association between the two groups, and found a very significant one: an 87% increased risk.” The results remained unchanged when only considering children who had been diagnosed by specialists such as psychiatrists and neurologists.

The findings are hugely important as six to ten percent of pregnant women are currently being treated for depression with antidepressants. In the current study, 1,054 children were diagnosed with autism (0.72% of the children in the study), on average at 4.5 years of age. Moreover, the prevalence of autism amongst children has increased from 4 in 10,000 children in 1966 to 100 in 10,000 today. While that increase can be attributed to both better detection and widening criteria for diagnosis, researchers believe that environmental factors are also playing a part. “It is biologically plausible that anti-depressants are causing autism if used at the time of brain development in the womb, as serotonin is involved in numerous pre- and postnatal developmental processes, including cell division, the migration of neuros, cell differentiation and synaptogenesis – the creation of links between brain cells,” Prof. Bérard explained. “Some classes of anti-depressants work by inhibiting serotonin (SSRIs and some other antidepressant classes), which will have a negative impact on the ability of the brain to fully develop and adapt in-utero”

The World Health Organization indicates that depression will be the second leading cause of death by 2020, which leads the researchers to believe that antidepressants will likely to remain widely prescribed, including during pregnancy. “Our work contributes to a better understanding of the long-term neurodevelopmental effects of anti-depressants on children when they are used during gestation. Uncovering the outcomes of these drugs is a public health priority, given their widespread use,” Prof. Bérard said.

Anick Bérard, PhD, is a professor at the University of Montreal's Faculty of Pharmacy and a researcher at the CHU Sainte-Justine Research Centre.

Dr. Bérard is the recipient of a FRQ-S research Chair on Medications and Pregnancy. Dr Bérard is a consultant for plaintiffs in litigations involving antidepressants and birth defects.