The Quebec law on medical aid in dying is restrictive and overlooks certain vulnerable patients, including elderly or incompetent people, according to the University of Montreal’s Jocelyne St-Arnaud.

Quebec's legislation on medical aid in dying has many aspects in common with laws passed in Belgium and the Netherlands in 2002 to regulate euthanasia, but it is more restrictive in nature because it only concerns people at end-of-life.

This was observed by Jocelyne St-Arnaud, a professor of ethics in health at the University of Montréal's Department of Social and Preventive Medicine, during a seminar she gave on December 2 as part of the Séminaires de l'IRSPUM series.

Planned for some time, St-Arnaud's seminar was given the day after the Superior Court's decision to delay application of the Act Respecting End-of-Life Care, adopted in June. The decision stems from an injunction filed by Dr. Paul J. Sabba and a patient with cerebral palsy to temporarily suspend entry into force of the Act, scheduled for December 10.

Recall that on February 6, 2015, the Supreme Court of Canada decriminalized physician-assisted dying in a unanimous and historical decision (Carter ruling). It invalidatedunconstitutional two articles of the Criminal Code that prohibited this practice and gave the federal government one year to amend the Criminal Code in this regard.

However, the recent decision by the Quebec Superior Court ensures that between December 10 (date of application of the Quebec act regarding end-of-life care) and February 6, 2016, the two articles remain in force. This means that doctors who practice physician-assisted dying may be subject to criminal prosecution.

Nevertheless, according to St-Arnaud, “the Attorney General may justify the rules in the Quebec law as an exemption to the Criminal Code until the latter is modified.”

She noted that in the Netherlands, before the legalization of euthanasia in 2002, medical associations, the hospital association, and the courts had established rules that allowed doctors to provide euthanasiaend-of-life care without fear of being prosecuted. These rules were used from 1984 to 2002.

Based on a review of the scientific literature and the reports of the euthanasia control and evaluation commissions of the Netherlands and Belgium, St-Arnaud compared the conditions set out by Quebec with those of these countries, by which a person may legally request medical aid in dying.

In all three laws, the request must come from persons competent to make decisions for themselves, who are suffering from a serious and incurable disease, and whose physical or psychological suffering is intolerable and unrelievable. In addition, the request must comply with the conditions of free and informed consent.

However, Quebec legislation is more restrictive than the Belgian and Dutch laws and what the Carter ruling provides, in that persons must necessarily be at end-of-life to be allowed medical aid in dying, with the prognosis of end-of-life being left to the physician's judgment.

Furthermore, medically-assisted dying in Québec may not be requested in advance or by substituted consent. 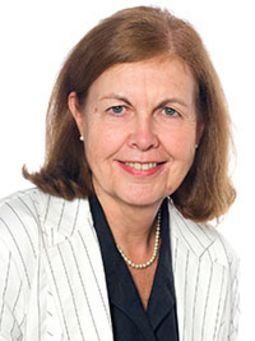 St-Arnaud believes that the Quebec law will soften over the years, if only out of fairness to those suffering who do not fall under the law. “Initially, the Belgian and Dutch laws only applied to competent persons, but gradually they included incompetent persons who had made a request as part of advance directives, as well as minors under certain conditions, which is not currently possible in the Quebec law.”

Since the adoption of laws permitting euthanasia in 2002, voluntary reporting of euthanasia interventions by Belgian and Dutch doctors has increased dramatically, according to the reports of the control and evaluation commissions. In the Netherlands, reporting increased from 1,815 in 2003 to 5,306 in 2014, and from 235 to 1,807 during the same period in Belgium.

“These data do not include unreported cases,” said St-Arnaud. “To evaluate these cases, the Netherlands commissioned independent studies that ensured anonymity and showed, for example, that in 2017, 77% of euthanasia cases were reported. A similar study in Belgium showed that in 2007, only 52.8% of euthanasias were reported. The studies indicate that unreported euthanasias are those that do not follow the rules set out in the laws.”

Meanwhile, there has been no recourse to the courts since adoption of the law in Belgium because the Federal Euthanasia Control and Evaluation Commission establishes its own jurisprudence. In the Netherlands, however, the courts have been involved on several occasions and have determined, in particular, that psychological suffering must be related to a medical diagnosis for patients to request end-of-life care.

“In Belgium and in Quebec, it is the patients themselves who judge whether or not their suffering is intolerable, which leaves room for possible deviations, especially if end-of-life is based on a six-month prognosis, as is the case in Oregon,” noted St-Arnaud.

According to St-Arnaud, some vulnerable groups are at an increased risk of dying by euthanasia without their situation meeting the criteria specified in the Quebec law.

“According to a review of studies covering the decades from 1950 to 2010, 8% to 47% of requests for euthanasia came from depressive people, and 2% to 10% of accepted applications were from individuals with depression in the Netherlands. If these people had been treated for their depression, would they have requested and received euthanasia?” she asked.

In Quebec, as in Belgium, there is a shortage of family physicians, and no less than 80% of people at end-of-life die in the hospital in Québec, having primarily received care from a specialist.

“These people are more likely to die by euthanasia without having requested or discussed it, as mentioned in studies conducted especially in the Brussels metropolitan area, where people aged 80 and over and closer to end-of-life are more likely to receive intensive care in the week preceding their death, not be offered consultation in palliative care, and not participate in end-of-life decisions,” said St-Arnaud.

To counter this phenomenon, the professor recommends, in particular, to provide interdisciplinary support to elderly, suffering, or depressive patients who are at end-of-life, and in all care settings.

Notes: This document is a translation of an account originally published in French by Martin LaSalle. The University of Montreal is officially known as Université de Montréal.