Discovery of a new mechanism that may explain why some embryos are not useful for fertility treatments. 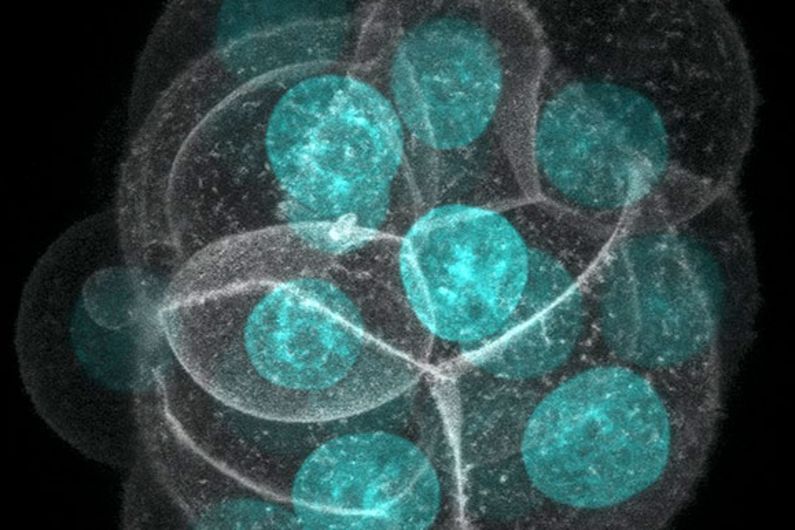 It's the dream of many infertile couples: to have a baby. Tens of thousands of children are born by in vitro fertilization, or IVF, a technique commonly used when nature doesn't take its course. However, embryos obtained when a sperm fertilizes an egg in a test tube often have defects.

In a study published today in the journal Proceedings of the National Academy of Sciences, researchers at the University of Montreal Hospital Research Centre (CRCHUM) discovered an important element in understanding how these anomalies occur in the developing embryo.

“About half of embryos used in fertility treatments have some cells that contain the wrong number of chromosomes. These so-called ‘mosaic' embryos are considered of poor quality, and many clinics choose not to transfer them to the woman. By studying embryos in mice, we found a mechanism by which defective cells divide and perpetuate in the developing embryo,” said Greg FitzHarris, a researcher at the CRCHUM and professor at the University of Montreal.

In mice, normal oocytes (eggs) contain 20 chromosomes, while in humans they contain 23. Having an abnormal number of chromosomes in cells, known as aneuploidy, is a well known problem in reproductive biology. “In eggs and embryos, aneuploidy is usually associated with infertility. However the reason that aneuploid cells arise within the embryo has been mysterious. Using cutting edge microscopy, we are able discern small satellite-like structures called micronuclei next to the main nucleus. By monitoring how these micronuclei-containing cells divide, we observed that the genetic material from the micronuclei was inherited by only one of the daughter cells. This suggests that micronuclei cause aneuploidy, which in turn causes mosaic embryos,” said FitzHarris.

This was demonstrated in mice, but it is likely that the same mechanism exists in humans. Choosing the best embryo is the key to success in IVF. In fertility clinics, a morphological examination of the embryo is conducted three or five days after conception before it is transferred into the woman's uterus. To check whether it is a mosaic embryo, a procedure is sometimes performed in which embryonic cells are removed and genetically analyzed. This method is complex, costly, and invasive. “This discovery is important because if future research shows that the phenomenon is the same in humans, it could provide early non-invasive detection of aneuploidy,” said Dr. Jacques Kadoch, Medical Director of the Assisted Reproduction Clinic at the University of Montreal Health Centre (CHUM).

The issue of isolating mosaic embryos is controversial. Some clinicians believe that the defective embryos should not be used. Others argue that mosaic embryos can produce healthy children, suggesting that embryos can repair themselves naturally. But beyond the debate of whether or not to use mosaic embryos, a better understanding of the mechanisms involved in embryo development is essential and opens up an entire new area of research, believes FitzHarris: “We want to understand how to help embryos to develop normally, since ultimately we want to improve the chances of success for infertile couples who rely on medically assisted reproduction methods.”

With only 30-50% of transferred embryos in IVF leading to pregnancy, choosing the best embryos and ensuring that they are healthy in the first days after conception is a major challenge for doctors and infertile couples.

The study “Micronucleus formation causes perpetual unilateral chromosome inheritance in mouse embryos” was published online in the Proceedings of the National Academy of Sciences (PNAS) on January 4, 2016. The study was funded primarily by the Fondation J.-Louis Lévesque and the Natural Sciences and Engineering Research Council of Canada. Greg FitzHarris is a researcher at the CRCHUM and professor at the University of Montreal's Obstetrics and Gynecology Department. The other authors are Cayetana Vázquez-Diez (CRCHUM), Kazuo Yamagata (Kinki University, Japan), Shardul Trivedi (University College London, U.K.), and Jenna Haverfield (CRCHUM). For more information, see the study: DOI: 10.1073/pnas.1517628112.