Only a minority of medical studies take sex and gender into account when analyzing and reporting research results. Dr. Cara Tannenbaum demands more rigor from scientists.

No one can deny that men and women have different genes, biology and anatomical features. However, only a minority of medical studies take this into account when analyzing and reporting research results. Time to hold researchers accountable, argue two leading experts on sex and gender, not just for the sake of equity, but mainly for the sake of health.

Dr. Cara Tannenbaum, a professor in the Faculty of Medicine at the University of Montreal and Scientific Director of the Institute of Gender and Health (Canadian Institutes of Health Research), and Dr. Janine Austin Clayton, Director of the Office of Research on Women’s Health at the National Institutes of Health (USA), have written a Viewpoint article that has just been published in the Journal of the American Medical Association (JAMA), outlining a compelling rationale and new reporting standards for stratifying research data by sex, gender or both.

“Until recently, most human health research has favoured men, despite the fact that women comprise half the population,” said Dr.Tannenbaum.

Sex is not gender 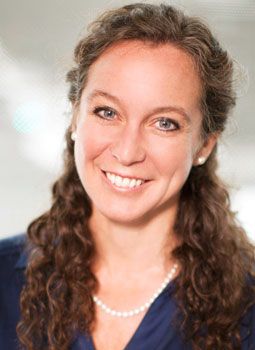 The terms “sex” and “gender," and what they really mean, continue to confuse scientists and the general public. “We want to put the record straight,” affirms Tannenbaum. “A person’s sex refers to their biology, i.e., their XX or XY chromosomes, their anatomy, and their sex hormones.”

Gender, however, is more complex. It encompasses social, behavioural, and cultural interactions, diverse expressions of identity, and the roles and power relations between men and women in society. “Gender is equally or more important than sex when it comes to a person’s physical and mental health,” said Tannenbaum. A research group from Canada, led by Dr. Louise Pilote, recently showed that gender, more than sex, predicts poor outcomes after an early heart attack.

Missing information: The results of clinical trials are not always reported for men and women separately

“Too often, sex- and gender-specific results are missing from publications on medical research, particularly those evaluating therapies,” said Dr. Tannenbaum. She explained that scientists who were trained in the 80s or 90s learned to conduct research only in men, believing the results were translatable to women.

“But we now know that women metabolize certain drugs differently than men do,” she added. “By not studying women or by reporting only combined results, we could be missing information critical for women’s health. Sick women become pregnant and pregnant women become sick and need medicine. By excluding women from research, it prevents doctors from knowing how to treat women in our society safely.”

As noted in the article, many journals, including JAMA, are now requiring greater transparency and scientific rigor through the inclusion of sex/gender information. If investigators study only one sex/gender, they are increasingly being required to explain why that is, except for studies on sex-specific diseases like ovarian and prostate cancers.

The article outlines three important reasons to stratify and report data by sex, gender, or both:

Should women’s drug doses be the same as men’s?

“The fact that regulatory agencies like the Food and Drug Administration (USA) and Health Canada are now issuing warnings that certain drugs, such as the sedative zolpidem, should be prescribed to women at half the dose is a signal that we have to take our duty more seriously protect women’s health,” noted the researcher.

In the case of the sleeping pill zolpidem, some women end up with high levels of drugs still in their bloodstream, which can affect their ability to drive or perform other tasks involving memory, concentration, and coordination.

When drugs for women are tested on men

In addition, men are still the most frequent subjects of clinical trials, even for drugs for women. Take the example of Addyi, the first drug to boost sexual desire in women. It was tested in twenty-three men and two women to determine what happens when it is taken with alcohol. The study found that mixing Addyl with alcohol increased the risk of fainting, dizziness, and low blood pressure. Thus, the risk is probably greater for women, who are more sensitive to alcohol.

The recently published Sex and Gender Equity in Research (SAGER) guidelines for the inclusion of sex and gender information in studies urge journals to adopt the new standards to elevate the rigor and relevance of publications. Several journals have already adopted the guidelines. The pressure is growing from an ethical and scientific standpoint to fund research that will inform personalized health care according to an individual’s genes, sex, gender, age, ethnicity, race and lifestyle risk factors. “It is both good science and the right thing to do,” said Dr. Tannenbaum.