Low social status alone can alter immune regulation, even in the absence of variation in access to resources, health care, and at-risk behaviours for health.

Social status is one of the most important factors in predicting the risk of disease and mortality in humans and other social mammals. A new study by the University of Montreal, Duke University (USA), and Emory University (USA) published in Science reveals that low social status alone can alter immune regulation, even in the absence of variation in access to resources, health care, and at-risk behaviours for health.

“In short, two individuals with access to the same dietary resources and the same health care and exhibiting the same behaviours have different immune responses to infection depending on whether they have a high or low social status,” said Luis Barreiro, Professor in the Department of pediatrics at the University of Montreal's Faculty of Medicine and researcher at the Sainte-Justine University Hospital Research Center. 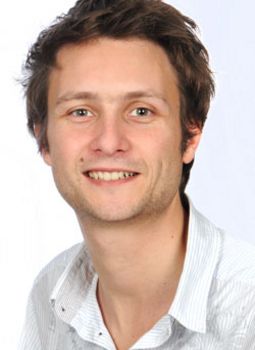 To demonstrate the biological basis of the influence of social status on the immune system, the researchers combined genomics with manipulation of the social status of 45 female macaques, a species close to humans and having a linear and stable social hierarchy.

"We used macaques because it is impossible to conduct this experiment on humans for obvious ethical reasons," explained Professor Barreiro, who co-led the study with Professor Jenny Tung. “For the moment, we have only used females, but we hope to reproduce the study with males in the near future.”

The researchers formed nine groups of females who lived together for one year. They then formed new groups to upset the dominance ranks among the females and study the effect of the changes on their immune systems. The researchers ensured that all the animals had access to as much food as needed, and veterinarians regularly checked that they were not sick or injured, to control for these variables.

What to do with the results?

Should this discovery encourage our societies to level out differences in social status as much as possible? Professor Barreiro does not believe so: “The history of mankind has shown us that there will always be inequalities in human society. In my opinion, the thing to do is to understand as best as possible how our immune system works and what fringes of the population are more at risk of suffering from a certain disease, and to find solutions in this regard,” he concluded.

The study was supported by grants from the National Institutes of Health (USA), the National Science Foundation (USA), the Canada Research Chairs Program, the Natural Sciences and Engineering Research Council of Canada, and the Fonds de recherche du Québec.

Français
Previous I want to detect lying during trials November 25, 2016
Next A sociologist among the Hasidim November 28, 2016
Share