Italy will hold a historic referendum on constitutional reform on December 4. Anthropology professor Guy Lanoue, a specialist on the city of Rome, outlines the issues.

Do you agree with the provisions of the Constitutional Act with respect to ending  parity bicameralism, reducing the number of parliamentarians, limiting the operating costs of institutions, abolishing the National Council for Economics and Labour, and revising Title V of Part 2 of the Constitution, as approved by Parliament and published in the Gazzetta Ufficiale No. 88 of April 15, 2016?

That is the question Italians will be called upon to answer on December 4. Put forward by Prime Minister Matteo Renzi, it urges the government to reform the Constitution. The director of Université de Montréal’s Department of Anthropology, Guy Lanoue, himself an Italian citizen, lived for 10 years in Rome, where he conducted numerous studies. His latest book, Rome Eternal: The City As Fatherland (Legenda) deals with the Italian capital and is the result of his research on the population of Rome. 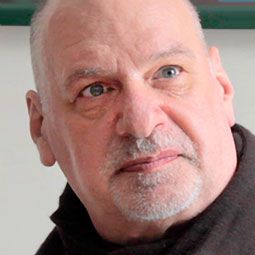 It is a turning point in the history of Italy, where the political situation can only be called catastrophic. What the government is recommending is a new division of powers. Basically, Senate approval of bills would no longer be necessary and, above all, the party winning 30% of the vote in a general election would directly gain power, which would avoid the game of alliances that regularly plunges the country into chaos. Obviously, the proposals will not address all the questions, but I think they will provide some useful answers.

What are the issues surrounding the referendum?

Italy is a fragile country, undermined by bureaucracy and corruption. Some of the banks are owned by the state, which shapes economic policy. The main broadcasting networks are run by political parties, which is an aberration in itself. In short, the government needs a major overhaul, and this is what Renzi is proposing. Right now we're neck-and-neck, but just a few weeks ago the polls showed the proposal being rejected.

The exercise has been called “Italexit” in reference to Brexit, in which the UK population agreed to the idea of leaving the European Union. What do you think?

That's a laugh. It’s just populist claptrap, like the wall Donald Trump said he would build between the US and Mexico during his run for the American presidency. In fact, none of the parties has talked about leaving Europe. Let’s not forget that Italy is a major economic power — seventh in the world — and an important artistic and cultural hub globally. Italians are proud of this.

Also, we cannot underestimate the importance of Italy and especially Rome in the development of our civilization. It is the birthplace of Romance languages and many great political ideas. The Vatican is the cradle of Catholicism and Christianity.

Unfortunately, the winds of right-wing populism that swept over Italy with Sylvio Berlusconi — the longest-standing president in the country’s history — have left their mark. He believed in private enterprise at all levels, including the arts and museums. Artists and cultural industries suffered greatly. Many of those who emulate Berlusconi now hold key positions in society and are trying to persuade the population to maintain the status quo. Essentially, the left-wing parties are for the proposal and the right-wing parties are against it. But things can change quickly in this country.

UdeM’s Department of Anthropology, in collaboration with the Department of Art History and Film Studies, is organizing a film festival on Italian art on December 5 and 6. Why this initiative?

The mission of artists is above all to explore new ideas and directions. This idea is integral to Italian culture and identity. Laura Trisoria, who is the founder and director of Artecinema in Naples, offered us here in Montreal the chance to present a selection of films on art. In Italy, these films are shown in youth detention centres and hospitals. As anthropologists, this blending of aesthetics and social engagement seemed remarkable. We also thought it was a good opportunity to showcase the work of several contemporary Italian artists. Montreal will be the only Canadian city to host this festival. It was an occasion for us to work with our partners at Université de Montréal and the Italian Cultural Institute of Montreal.