A new UdeM study of the flora "Down Under" breaks new ground by showing that soil biota play an important role in the maintenance of plant diversity in species-rich ecosystems.

Some of the Earth’s ecosystems host a disproportionately high number of plant species, and infertile shrublands in warm semi-arid regions support 20 per cent of the world’s plant species on five percent of the land surface. In particular, some shrublands in South-Western Australia are so species-rich that some botanists refer to them as “knee-high tropical rainforests”.

How a large number of plant species can successfully coexist while competing for space and limiting resources has puzzled ecologists for decades. In a new paper published in the prestigious journal Science, a team of researchers from Australia, Canada, Sweden and Panama, led by Associate Professor Etienne Laliberté from Université de Montréal's Department of Biological Sciences, suggest that part of the answer for such high plant diversity resides in the myriad of root-associated organisms that live in soils.

Not enough known about soil biota

Plant roots constantly interact with a wide range of different soil organisms. While some of these organisms are harmful and eat roots or cause diseases, others are beneficial and enhance nutrient acquisition and protect roots against pathogens.

“The effects that specific groups of soil biota have on individual plant performance have been studied intensively, especially in agricultural systems," said Laliberté.

"However, until now the collective influence of soil biota for the maintenance of plant species diversity in natural vegetation was poorly known." 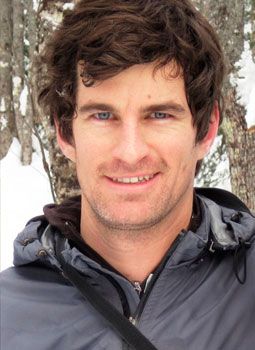 The researchers selected a large number of plant species from a very high-diversity shrubland in South-Western Australia, and exposed plants from each of these species to soil biota collected either from the rooting zone of plants of its own species or from other species.

“We found that some plant species grew better in their ‘own’ soils, yet many others actually performed best when exposed to soils from other species," said Laliberté.

The study highights the important role that soil biota can play in the maintenance of plant diversity in species-rich ecosystems.

This study was funded by the Australian Research Council and is part of Etienne Laliberté’s broader research program into the ecological consequences of plant-soil interactions. He is affiliated with UdeM’s Biodiversity Centre, at the Institut de recherche en biologie végétale, within the Department of Biological Sciences, and is Adjunct Senior Lecturer at the University of Western Australia (UWA). Dr François Teste, the first author of the study, was at the time a postdoctoral researcher in Dr. Laliberté’s group at UWA.

biology environment plant Etienne Laliberté Faculty of Arts and Sciences
Previous The Canadian Foundation for Innovation renews its support to Érudit January 9, 2017
Next Anti-depressants during pregnancy can heighten the risk of birth defects January 10, 2017
Share