Age-related female infertility is explained by a defect in the choreography of chromosome sharing during cell division in eggs before they are fertilized.

Researchers at the University of Montreal Hospital Research Center (CRCHUM) have discovered a possible new explanation for female infertility. Thanks to cutting-edge microscopy techniques, they observed for the first time a specific defect in the eggs of older mice. This defect may also be found in the eggs of older women. The choreography of cell division goes awry, and causes errors in the sharing of chromosomes. These unprecedented observations are being published today in Current Biology.

Women – and other female mammals – are born with a fixed number of eggs, which remain dormant in the ovaries until the release of a single egg per menstrual cycle. But for women, fertility declines significantly at around the age of 35. 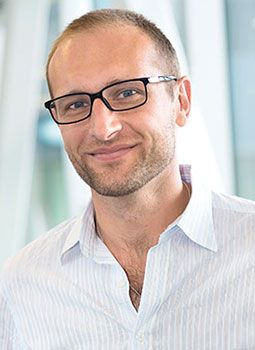 “One of the main causes of female infertility is a defect in the eggs that causes them to have an abnormal number of chromosomes. These so-called aneuploid eggs become increasingly prevalent as a woman ages. This is a key reason that older women have trouble getting pregnant and having full-term pregnancies. It is also known that these defective eggs increase the risk of miscarriage and can cause Down’s syndrome in full-term babies” explained FitzHarris.

Scientists previously believed that eggs are more likely to be aneuploid with age because the “glue” that keeps the chromosomes together works poorly in older eggs. This is known as the “cohesion-loss” hypothesis.

“Our work doesn’t contradict that idea, but shows the existence of another problem: defects in the microtubules, which cause defective spindles and in doing so seem to contribute to a specific type of chromosome segregation error” asserted Professor FitzHarris.

Microtubules are tiny cylindrical structures that organize themselves to form a spindle. This complex biological machine gathers the chromosomes together and sorts them at the time of cell division, then sends them to the opposite poles of the daughter cells in a process called chromosome segregation.

“In mice, approximately 50% of the eggs of older females have a spindle with chaotic microtubule dynamics” declared FitzHarris.

The researchers conducted a series of micromanipulations on the eggs of mice between the ages of 6 and 12 weeks (young) and 60-week-old mice (old). “We swapped the nuclei of the young eggs with those of the old eggs and we observed problems in the old eggs containing a young nucleus,” explained Shoma Nakagawa, a postdoctoral research fellow at the CRCHUM and at the Université de Montréal. “This shows that maternal age influences the alignment of microtubules independently of the age of the chromosomes contained in the nuclei of each egg.”

Greg FitzHarris’s team notes that spindle defects are also a problem in humans. In short, the cellular machinery works less efficiently in aged eggs, but this is not caused by the age of the chromosomes.

This discovery may one day lead to new fertility treatments to help women become pregnant and carry a pregnancy to term. “We are currently exploring possible treatments for eggs that might one day make it possible to reverse this problem and rejuvenate the eggs,” explained FitzHarris.

Many more years of research will be needed before getting to this point. But understanding the precisely orchestrated choreography that unfolds within each egg during cell division will eventually allow us to correct the errors, to ensure the production of healthy eggs that can be fertilized.

The article “Intrinsically defective microtubule dynamics contribute to age-related chromosome segregation errors in mouse oocyte meiosis-I” was published on April 3, 2017 in Current Biology. This research initiative was funded by the Canadian Institutes of Health Research, the J.-Louis Lévesque Foundation and the Canada Foundation for Innovation.

Français
Previous Vulnerability to psychosis: how to detect it March 28, 2017
Next I want to change the misperception that wolverines are vicious animals April 6, 2017
Share