Divorcing parents, a car accident, a job layoff or any other major stressful event can provoke adolescents to quit their studies, a new UdeM study shows.

What pushes a teenager to suddenly drop out of high school? The answer: any number of very stressful "trigger" events that occur in their final few months in class, researchers at Université de Montréal's Public Health Research Institute have found.

In fact, adolescents exposed to severe stressors are more than twice as likely to drop out in the following few months compared to similar schoolmates who are not exposed, says the study led by UdeM pyschoeducation professor Véronique Dupéré. 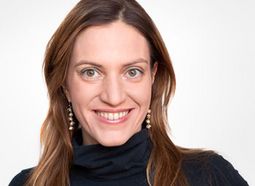 The stressors are not always school-related. In fact, most occur away from school and can involve family members (divorcing parents, for example), conflicts with peers, work issues (being laid off), health issues (a car accident) and legal issues.

Previous studies of high-school dropouts have concentrated on individual triggers, such as teen pregnancy. The UdeM study, published in late March in Child Development, looked at a wide array of severe events across the spectrum of adolescent experience, in and away from school.

"That's how we were able to show for the first time that the prevalence of these events is quite high in the months preceding a student dropping out of school," Dupéré said. "It happens quite frequently, and it's not just one type of event they're exposed to; there are many."

Dropping out is usually seen as the result of vulnerabilities a student has exhibited in school over a long period, including learning problems at an early age. What is less well-understood is why students with no history of difficulty in school quit suddenly, or why vulnerable students who quit do so at different times, some earlier than others.

The UdeM study looked at 545 adolescents of about 16 years of age at 12 public high schools in disadvantaged neighbourhoods in and around Montreal between 2012 and 2015, where the average dropout rate was 36 per cent, more than twice the Quebec average. The students were interviewed at length about stressors in their life over the previous year. One third of the participants had just dropped out, another third were schoolmates with a similar academic profile and family background, and a final third were average, not-at-risk students.

The interviews focused on two types of stressors: "discrete" events (e.g., the relapse of a bipolar parent) and chronic difficulties lasting at least a month (e.g., incapacitation due to a concussion). Adolescents were asked about stressors in school, at work, in housing, with money, involving criminal or legal issues, accidents or health problems, personal relationships (with friends, family and romantic partners), and more. Specific questions then honed in on areas such as education: course failures, program or school changes, conflicts with teachers, suspensions and such.

The study found significant differences between dropouts and the two other groups in their exposure to severe stressors in the three months before the interview. In those three months, exposure to at least one severe stressor spiked among dropouts and reached nearly 40 per cent, more than twice as high as that of at-risk and average students (18% and 16.8 %, respectively). Moreover, the results showed that exposure to two or more severe events was 12 times higher among dropouts (6%) than among at-risk (0.5%) and average (0.6%) schoolmates.

About one-third of the severe difficulties that dropouts faced were school-related (23% involved protracted course failure, 6% involved chronic conflicts with school personnel), whereas one-quarter (25%) involved recurring family conflicts. Chronic health problems made up 18% of the overall total, distributed about evenly between the participants themselves and their significant others. Problems with peers and romantic relationships accounted for 16%, recurring criminal or legal problems were rare (2%), and the final 10% were miscellaneous problems.

Other studies have suggested that disruptive events like pregnancies, arrest, hospitalization or changing schools are associated with increased chances of dropping out. The UdeM study goes further, showing that about two out of every five dropouts are exposed to some kind of significant stressful event several months before quitting school. In other words, recent stressors are quite common among dropouts, more so than previously thought. The new study also clarifies when stressors matter for dropping out: in the few months following exposure.

"These findings show that the risk of high school dropout is not predetermined over the long run," Dupéré said. "Rather, it fluctuates and becomes higher when adolescents have to deal with challenging situations in their lives. School personnel thus need to be aware of their students’ changing needs in and out of school to provide them with the right kind of support at the right time."

Français
Previous I want to change the misperception that wolverines are vicious animals April 6, 2017
Next 'We're not out of the woods yet' April 11, 2017
Share