Getting the right organ to the right recipient is always a challenge. UdeM scientists think artificial intelligence can help.

But if the system could be gamed by better statistics, would the success rate rise?

That's what researchers at Université de Montréal and its affiliated Polytechnique Montréal engineering school are trying to find out, as they work to develop a computerized machine-learning method that will better predict how well a typical transplant will go.

At UdeM's Centre Hospitalier (CHUM) health complex and the Polytechnique's Department of Mathematical and Industrial Engineering, specialists have teamed up to answer questions that have stumped even the savviest of scientists: 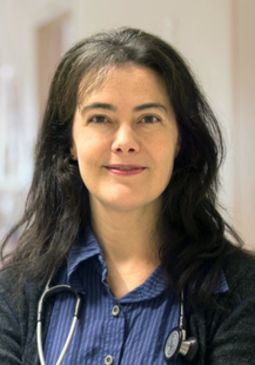 Such questions can be a matter of life and death. So, subsidized by a two-year grant from the Canadian National Transplant Research Program, two UdeM scientists – Héloïse Cardinal, a transplant nephrologist at the CHUM Research Centre, and Andrea Lodi, holder of the Canada Excellence Research Chair in Data Science for Real-time Decision-Making – have taken a two-pronged approach to organ donation management, looking at whether a patient should accept or refuse a kidney from a deceased donor.

First, they want to use machine learning to develop a new support tool – a risk calculator – that physicians and patients can use to decide whether a kidney is well-suited to the recipient. Using a database called the U.S. Scientific Registry of Transplant Recipients, they've begun a retrospective cohort study of all American patients who got a new kidney between 2000 and 2015, comparing old and new ways of modeling survival times, including mathematical optimization and machine-learning algorithms.

Second, they want to learn in detail what physicians and patients are looking for in terms of the information they need to make better decisions together on whether to accept a donated kidney or not. To that end, Cardinal and Marie-Chantal Fortin, another CHUM nephrologist, are conducting six focus groups at their institution of six to 10 participants each. They hope to find out, for example, whether patients would accept more traditionally high-risk donations if the math showed they were in fact less risky.

Organ donation in Quebec in no simple affair. Demand outstrips supply, and waits can be long. In 2016, 275 patients went ahead with kidney-transplant surgery, about one-quarter of them at the CHUM. In the same year, 565 patients were waiting for kidney-transplant surgery, with wait times averaging 641 days, or close to two years. The average age of donors over the past decade has been about 49 years old; the average age of recipients, 50 years old.

Statistics on the rate of refusal of a donation are not available, but Cardinal knows from experience how common refusals are. In fact, she got the idea for her current research when she realized that, both locally and internationally, some of her colleagues would recommend accepting organs while others would turn them down, a difference of informed opinion rather than pure science.

Part of the problem is there's no reliable guide to help transplant physicians and their patients decide to accept or refuse. Nephrologists now base their judgment on the Kidney Donor Risk Index, the U.S. risk-assessment system that's also used in Canada. Its ability to predict organ-graft survival is only considered fair. As Cardinal put it, the KDRI gives estimates that are "one-size-fits-all," ignoring the recipient's specificities.

AI can make a difference 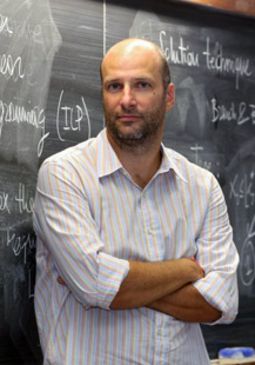 That's where artificial intelligence of the machine-learning kind comes in. "There are all kinds of interactions occurring between a donated organ and a recipient that can affect the outcome of a graft, and when you do standard statistical analysis you can't consider them all, you can't input 20 kinds of interaction," said Cardinal. "We think machine learning could be a better way."

For example, "if we know that the negative characteristics of one type of donor don't have as bad an effect on one type of patient, we might be more inclined to use this "greyer," more marginal donor on the patient where the effect will be felt less. That will definitely help, because right now there's a shortage of organs in Quebec, and we have to use as many as we can."

Not only would better decision-making be good for society, it would also be an example of socially responsible use of artificial intelligence, which in the popular imagination is often associated with fears of job losses and privacy breaches by robots and other devices that work and "think" for human beings. With AI, doctors and patients would be able to better decide together whether surgery should ahead, its advocates believe.

"Machine learning is very well designed to crunch huge quantities of data and do with it with much greater certainty," said Lodi, an Italian researcher from Bologna who previously worked on mathematical optimization of kidney donations from live donors in his native country before coming to UdeM in mid-2015 to take up a position at Polytechnique Montréal.

"We expect this new research to be a game-changer with regard to being able to make our predictions of organ transplants more accurate," he said. "For patients, it will mean a big change. If they say 'no' to a donation, they'll be able to know what their chances are of getting a better one if they wait. And it will also mean there's a better chance that the organ they refuse will go to somebody else who is better suited to it."

In the long term, he added, "it's not just about prediction (of outcomes), it's also about optimization. If our studies lead to better understanding of how these things work, we'll have a brand new set of algorithms that organizations like Transplant Quebec and others can use to benefit more patients. It's a game-theory approach: you want to share information enough to satisfy the highest number of people possible."

In sum, said Lodi, "if you can better predict the future, you can re-order your waiting list in such a way that more people will get what they need."