College students and other 18-to-25's aren't getting the attention they need to avoid taking up smoking, says PhD candidate Thierry Gagné, who wrote a paper on the subject. 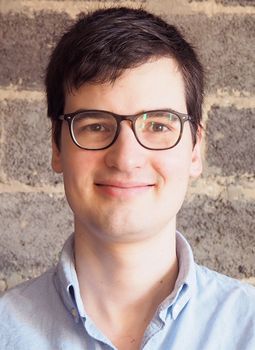 In their many efforts since the 1990s to prevent Canadians from taking up smoking, governments have had a big blind spot: young adults. That's the finding of new research published in the Canadian Journal of Public Health by Thierry Gagné, a doctoral student at Université de Montréal's School of Public Health. Over the last two decades, use of tobacco by high-school students has dropped dramatically but smoking by young people aged 18 to 25 has stayed relatively unchanged, with many young adults taking up the habit in college or on their first job. It's now time to address this problem of delayed onset of smoking by extending prevention campaigns from teens to young adults, Gagné argues in his paper, written with University of British Columbia sociology professor Gerry Veenstra. Katherine Frohlich, of UdeM's Department of Social and Preventive Medicine, is supervising Gagné's thesis.

Smoking prevalence and initiation rates has been steadily decreasing among Canadian youth (ages 11-17) since the mid 1990's, with prevalence rates dropping by half between 1994 and 2004 and again by half between 2004 and 2014. According to the Canadian Student Tobacco, Alcohol and Drugs Survey, initiation to a first cigarette fell from 45% to 8% between 1994 and 2014 among 11- to 14-year-olds. Among 15-17 years old, it fell from 48 to 29% between 2006 and 2014. On the other hand, using the Canadian Community Health Survey, the largest of its kind in the country, we found that trends in initiation to a first cigarette, as well as in daily smoking have not changed significantly. Between 2001 and 2013, about 14 to 16% said they experimented with a first cigarette during their young adulthood and 8 to 9% went on to daily smoking.

We've known for some time that young adults have had the highest prevalence of smoking. But back in the mid-1990s they simply weren't targeted. Instead, public-health experts directed their interventions and policies (restricting access based on age and location, for instance) at teenage smokers, since that was the demographic that was trending up. The experts didn't take into account that laws preventing marketing to youth would push tobacco companies to target young adults. They also didn't take into account the very different social and physical environments young adults are in, whether at school or at work or in their leisure activities. It was really a missed opportunity. Only now are we starting to see some kind of action: the current Consultation on the Future of Tobacco Control in Canada finally includes young adults.

Why is college and university a time when students have their first smoke?

It is hard to say; there's still little evidence in the Canadian context. But the literature suggests that many young adults who enter post-secondary education often develop new relationships by frequenting places like bars that are particularly conducive to initiating smoking. It's also a time when they leave home, away from parental supervision, and start to build new peer networks and explore and build their adult identity. Also, many start working part-time in the food service industry, an environment that's also very conducive to smoking.

What has your study found about all this?

Several things. a) We did not find evidence that initiation to first cigarette and daily smoking during young adulthood has decreased significantly in the last 15 years. b) It appears that the decreases found at the same time among teenagers might be unequally distributed, as we found no changes among those who did not finish high school during our observation period. c) The risk of initiating a first cigarette between 18 and 25 was associated with participating in, but not finishing, post-secondary education at ages 25 and 26. d) The risk of starting to smoke daily was systematically higher if you did not finish high school, pursue post-secondary or complete post-secondary education at ages 25 or 26. e) The risk of initiating a first cigarette and of daily smoking during young adulthood was approximately twofold among men.

What do you recommend the public health authorities do now?

The same things that Stéphanie Gaudet, a University of Ottawa sociology professor, recommended 10 years ago; they're still very à propos to tobacco control today. a) Adapt our surveillance infrastructure to monitor young adults’ smoking. b) Integrate young adults into current teen tobacco-control initiatives. c) Develop a global young-adult public health strategy. d) Include the voice of young adults in these developments. e) Work with other institutions that focus on young adulthood in education, employment and family matters. f) Work with other institutions that focus on disadvantaged young adults in health care, foster care, social services and other areas.

Lastly, on a personal note, have you ever smoked?

Yes, in my mid-teens. I started around 16 and was a daily smoker until 19, when I met my girlfriend. She didn't like smoking, so I quit. It's been 10 years now.

Français
Previous Organ donation: a new frontier for AI? April 21, 2017
Next A slingshot to shoot drugs onto the site of an infection May 8, 2017
Share