In the last decade, 7 million hectares of boreal forest in Eastern Canada have been destroyed by the spruce budworm, leaving devastation and fires in its wake.

Take a walk in the boreal forest of Eastern Canada these days, and chances are you'll hear the sound of millions of caterpillars taking a dump. They're the spruce budworm, and they're on the move.

"It's a bit yucky," said Patrick James, a spatial ecologist with a doctorate in forest ecology who's a professor of ecological modeling in the department of biological sciences at Université de Montréal.

"If you walk in the woods in an area that's being severely defoliated, it sounds like rain," said James, 37, who has a new scientific paper published on the budworm phenomenon. "It's all of their frass, the bug poo, falling through the canopy of the trees."

More than that, it's devastating the economy.

"There's a huge consequence for the forest industry," James said. "The budworm changes the composition of the forest, it denudes the trees and leaves behind huge areas of standing dead and dry timber. Most of those trees don't get harvested, they don't go to the sawmill, profits aren't made."

Budworm outbreaks will cost the industry in New Brunswick alone an estimated $3 billion to $4 billion over the next 30 years, according to a 2012 study by University of New Brunswick researchers. Timber revenue will be lost, so will jobs, and the consequences will amplify as budworm, grown into dime-size moths, head south.

And in their wake comes something else: fire.

In his study, published in March in the U.S. journal Ecological Applications, James shows that defoliation increases the risk of natural fires igniting eight to 10 years after a budworm outbreak – especially now, in the spring, before summer fire season starts. Interestingly, this risk actually decreases in the years immediately after an outbreak, since the "greenup" of ground vegetation keeps the soil moist and less likely to ignite. 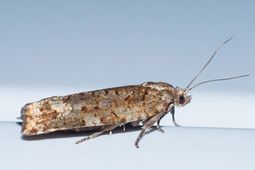 The Eastern spruce budworm in its adult moth phase, when it migrates to other forest stands.

For his study, James looked at defoliation data stretching back to 1963 in two vast ecosystems in eastern and central Ontario. These results suggest that fire management agencies, which normally rely on weather indicators, could also include defoliation data to better predict areas of high fire risk.

Knowing when and where the fire risk is increased due to the budworm can lead to pro-active techniques like "salvage logging," harvesting dead trees from areas already defoliated.

The issue of how budworm affects fire is expected to become even more important in the future as both fire and insect activity is expected to increase due to climate change. However, how they interact and what sort of damage may result, remains uncertain.

Spruce budworm outbreaks happen every 35 years or so; the last one peaked in the early 1980s and the latest one began in Quebec in 2006. Natural Resources Canada warned last fall that while the impact is greatest on Quebec's North Shore and in the Gaspé and Saguenay-Lac-Saint-Jean, where 7 million hectares have been defoliated, budworm has been spotted in New Brunswick and may spread to the Acadian Forest.

The process works like this. First, the budworm larvae eat away at the tops of trees – balsam fir, black and white spruce. After several years, the dead treetops break off in the wind and their debris builds up on the branches below. Lightning strikes the dry material, which ignites, while meanwhile down on the forest floor an accumulation of needles lies ready to ignite, too.

Hovering on the border 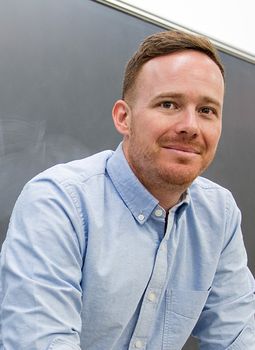 Unseen in urban environments like Montreal, the budworm are nevertheless getting closer. They can be spotted in Quebec's Mauricie region, an hour north of Trois Rivières, and around Ville Marie, south of Rouyn-Noranda in the Abitibi region.

Where are the moths headed next?

"We're at an interesting point in the outbreak," said James, who continues to monitor the phenomenon.

"Last year it increased, but at a slower rate. In Quebec's North Shore region, around Baie-Comeau, the budworm ate all they could, and with radar we detected great clouds of them on the move, migrating on the wind to areas that hadn't been so heavily affected, largely towards the south to the Lower St. Lawrence, the Gaspé and New Brunswick."

The moths are now "hovering on the New Brunswick border around Campbellton," he added, referring to a mass infestation that hit there last summer, when millions of larvae turned into moths and flew into town or were carried there by the wind, covering everything for miles around. "With that development, I would expect there'll be more activity in northern New Brunswick this year."

Can't the budworm be killed before they do their damage? Yes, but it's very expensive.

In the 1950s, authorities tried to contain budworm outbreaks by spraying infested areas  with DDT. With that toxic method no longer an option, authorities now resort to a budworm-specific bacteria called Bt. The problem is price: DDT cost only a few cents per hectare to spray, whereas Bt costs $40 per hectare. "If you have $1 million worth of wood, it will cost you $1 million to spray it," James said. "The cost is prohibitive."

There may be another solution, much cheaper: budworm tracking.

It's a kind of early-warning system, suggesting how and where moths "disperse" and in what number.

"The value is two-fold," said James, who's involved in the program at an analytical level, using spatial modeling and genetics. "It helps us understand if budworm populations are increasingly locally, which is a problem, or are migrating from somewhere else, flying in and then dying, which is less of a problem."

In the end, knowing more about the spruce budworm – its life cycle, its behaviour, its migratory patterns – will help make its infestations easier to control. And once they're better understood, plans can be made to cope with the pesky beasts when they arrive.

The urgency is greater than ever, James said.

"We're now in the 10th year of the current outbreak, with 7 million hectares of forest in Quebec alone that has been defoliated and directly affected by the spruce budworm. The last outbreak (in the '80s) peaked at 45 to 50 million hectares," he said.

"So it's pretty clear to me: Things are going to get worse before they get better."