UdeM professors join forces with over one thousand mathematicians from throughout the Americas for the Mathematical Congress of the Americas, to be held in Montreal from July 24 to 28.

It’s rare to have one thousand mathematicians descend on Montreal all at once, but that’s exactly what’s in store when, from July 24 to 28, our beautiful metropolis will host the Mathematical Congress of the Americas. Professors and researchers from throughout the Americas will share the results of their work during 25 lectures and 70 parallel scientific sessions.

“It’s important for us to expand our collaboration beyond the existing Canada-US relationship,” explained Christiane Rousseau, professor in Université de Montréal’s Department of Mathematics and Statistics and one of the organizers of the parallel presentations at the Congress. “Some countries, such as Brazil, have very high-level mathematical schools, while others do not have such strong traditions. Accordingly, Congress organizers set aside funds to allow mathematicians in less affluent countries to attend the Congress and benefit networking opportunities.”

“The universe is written in mathematical language.” — Galileo 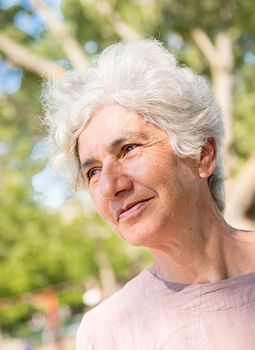 Although Montréal’s mathematician invasion will last only as long as the congress, mathematics is everywhere, all the time. “The role of mathematics is unlimited!” says Professor Rousseau. In addition to her research, she is actively involved in training future high school teachers to spread the news about the omnipresence of mathematics.

“When you make an online purchase with your credit card, number theory makes encryption of your card information possible. When you conduct a search on Google, results are properly sorted thanks to a mathematical algorithm. Speaking of Google, mathematics is at the root of the largest market capitalization in the world!”

Rousseau does understand the reticence of the uninitiated. “It's true that math is complicated. But accomplishing difficult tasks can be stimulating. Just ask an athlete or a musician. And math promotes brain development, so everyone wins! It helps us solve problems, which is an essential part of many technological advances. When young people say they don't know what to study, I tell them that a degree in math will take them anywhere!” Rousseau laughs.

Although the lectures are reserved for hard-core mathematicians, a few activities were created for the general public:

Professor Luc Vinet, from Université de Montréal’s Physics Department and member of the Congress Organizing Committee, is thrilled to welcome Kannan Soundararajan, mathematician from Stanford University and leader of a veritable revolution in analytic number theory. Soundararajan will discuss the advances made by his mentor, Andrew Granville, professor and number theory expert at UdeM.

For Professor Vinet, Canada is unarguably a model when it comes to research infrastructure in mathematics. In addition to scholarly societies devoted to mathematical science like the Canadian Mathematical Society, we have three institutes whose national mandate is to guide the synergistic work of researchers and organize scientific meetings in emerging fields.

And one of these three institutes is at Université de Montréal: the Centre de recherches mathématiques (CRM), led by Professor Vinet. The Congress underscores the key role CRM plays on the international mathematical scene, whose concrete benefits for Montreal are already obvious. The seminar on higher mathematics, which coincides with the Congress, has given rise to collaborations between Brazil and the CRM in two fields of specialization—namely, optimization and stochastic processes—in Montreal and Rio de Janeiro.

In the 1990’s, the CRM implemented a unique collaboration model: a consortium that includes Montreal’s four universities and offers doctoral-level courses and seminars in all four member establishments. Thanks to the Institut des sciences mathématiques, professors can teach courses on subjects that, were enrolment limited to students in their own departments, could not be offered. “This innovative approach has provided Montreal with a truly world-class doctoral school,” concluded Vinet.