Law professor Pierre Noreau heads up a major research project on access to legal advice and to justice.

“People have to understand that law isn’t just a field they grudgingly venture into when they have a problem – access to justice is the legal manifestation of their status as equals, or even as citizens,” said Pierre Noreau, a professor at Université de Montréal's Faculty of Law, who over the last year has headed one of the most ambitious legal research projects ever conducted in Quebec. Known in English as Accessing Law and Justice (ADAJ), the project brings together 46 researchers from nine universities and representatives from nearly 50 organizations with connections to the legal system.

ADAJ has a budget of more than $4 million, primarily sourced from major federal funding agencies, but also from the Barreau du Québec, the Chambre des Notaires du Québec, legal publisher SOQUIJ, private firms and universities. “Participants from across the justice system are working in sub-groups to find concrete solutions to the problems faced by laypeople dealing with the legal system,” Barreau president Claudia Prémont said in a video that was broadcast to mark the project's first anniversary.

At present, dozens of specialists are involved in at least one of the 22 sub-projects established in 2016. “We believe that partnership between the academic community and various stakeholders in civil society is essential for making this project a success,” said Noreau, a past president of the Association francophone pour le savoir (ACFAS) from 2008 to 2012 and vice-rector of the Agence universitaire de la Francophonie (AUF) from 2009 to 2013. 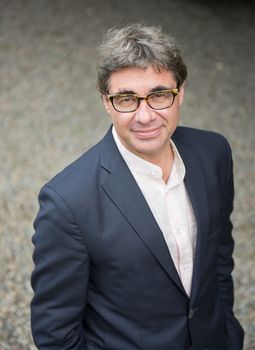 Access to justice has long been a concern for Noreau. More than a decade ago, he launched a five-year research project on indigenous people and governance that was funded by Canada's Social Sciences and Humanities Research Council. Noreau is a member of the editorial board of the Canadian Journal of Law and Society and prepared a brief for Quebec’s Commission des Institutions in connection with Bill 28, which established the new Code of Civil Procedure. Back in 1993, he published Droit préventif: le droit au-delà de la loi, which highlighted several reforms underway in the Quebec justice system.

“Lawyers have a terrible reputation; they’re fully aware that the public perceives them as profit-driven,” he said. “Some half-jokingly admit that even they wouldn’t be able to pay for the services they offer. But recent experiments show that hourly billing, which is currently the standard industry practice, isn’t the only option available. Alternative business models could work.”

In 2010, an experimental project was conducted in Longueuil, Quebec, to test the revolutionary idea put forth by the ADAJ group. It involved asking a judge to meet with prosecutors and defense attorneys before heading into the courtroom. Since this mediation stage helped parties resolve their differences before relations broke down, it significantly shortened the dispute settlement process.

Talk to a lawyer before problems arise

According to Noreau, the general public needs to have a much better understanding of the legal discipline. “People have this distorted image of the law, and I believe that's the main thing holding back access to justice,” he said. “We have to get rid of the idea that the justice system means going to court. Most lawyers almost never set foot in a courtroom. Legal professionals draw up laws and contracts, provide legal aid and train the next generation of lawyers. In fact, the reason they give clients legal advice is to prevent them from having to go to court.”

Why do people only see a lawyer when there’s a dispute? Why not start by taking preventive action? It’s like going to the dentist, Noreau said: you’re better off seeing one before problems arise. Talk to a lawyer once a year to review your individual or family legal situation, and you’ll find ways to prevent issues from arising, he believes.

“The law is an effective control system: this is clear once we compare conditions in Canada with those in countries with ineffective legal systems. Their crime rates are very high, as is the incidence of human rights abuses.”

Fighting the negative image of law and justice requires bringing together stakeholders who are committed to changing the paradigm. That’s the principle driving researchers involved in the ADAJ project. “We know our partners well,” said Noreau. “They include the Justice Department and professional organizations, as well as social organizations, support networks, groups of laypeople and many more. By bringing them together, we hope they gain a sense of control over the legal system and realize that current issues affecting access to justice can be overcome.”

One year into the project, what areas still need work? “All of them,” Noreau said without hesitation. Over the next four years, during which around 15 pilot projects will be launched and a multitude of studies and publications produced, he expects to get a better idea of what needs to be done. Graduate students from across Quebec have been asked to contribute to the project, and more than 45 (including 10 from Université de Montréal) have already signed up for the challenge.