Researchers at Université de Montréal and Yale University publish an analysis of historical maps, microfossils and macro-remains showing the evidence.

The dwindling of forests in Africa over the past century has been far less severe than previously believed, an analysis of historical records and paleontology evidence by researchers at Université de Montréal and Yale University shows.

Earlier estimates suggested between 35 and 55 per cent of the continent's forests have been lost since 1900. The new analysis estimates that closed-canopy forests have, in fact, shrunk by 21.7 per cent, according to findings published today in Nature Ecology and Evolution.

However, the research also shows that some West and East African forests have been reduced by as much as 80 to 90 per cent. 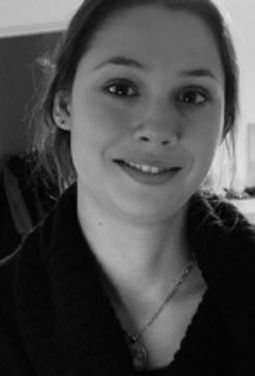 "The new analysis should help focus conservation efforts in Africa," she said.

“There is a global effort to increase the number of trees that can trap carbon,” added senior author A. Carla Staver, an assistant professor of ecology and evolutionary biology at Yale. “In Africa, it would make the most sense to focus these efforts in areas that have truly been deforested rather than in areas which have long been savannas.”

Aleman, who did the research as a post-doctoral research associate at Yale under Staver's supervision, used traditional sources such as early-20th-century European maps to estimate the extent of African forests in 1900. The team also cross-referenced the documents with paleontological records, including pollen, plant remains known as phytoliths, and charcoal preserved in lake sediment and soil, to reconstruct the historical ecology of Africa's tropical regions.

“As conservationists, it is easy to look at this study as good news – that deforestation isn’t as bad as we thought,” said Aleman. “The bad news," added Staver, "is that Central African forests have only been spared because violent conflicts have prevented economic development, at the costs of human lives and livelihoods.”

Julie Aleman is lead author of the study and Yale’s Marta A. Jarzyna is a co-author. The research was funded by the U.S. National Science Foundation, the Seessel Fund and the Climate and Energy Institute of Yale University.

Aleman is a visiting researcher in the Paleoecology Laboratory of Université de Montréal's Department of Geography. The laboratory focuses on the long-term dynamics of ecosystems and the impacts of climate and natural and anthropogenic disturbances on ecological trajectories. Through paleoecology, the ecology of the past, researchers can go into great temporal depth (on a scale of several millennia) to explain otherwise unassessable ecological dynamics. They do so through the study of paleo-indicators such as pollen, phytoliths, plant macro-remains and charcoal.