Scientists at UdeM have developed a unique technique to map, on a scale of milliseconds, the elasticity of the components inside a cell.

Cells quake. In somewhat the same way that seismologists use the vibrations of planet Earth to characterize its deep structure, scientists have discovered a way to use vibrations within cells to identify their mechanical properties. Thus was born the field of cell seismology.

“We developed a unique technique to map, on a scale of milliseconds, the elasticity of the components inside a cell," said Guy Cloutier, a researcher at the University of Montreal Hospital Research Centre (CRCHUM) and professor at Université de Montréal. "This opens up a whole new field of research in mechanobiology to study the dynamics of displacements inside cells and understand the impact of these forces on diseases and treatments.”

The technology, called “cell quake elastography”, is presented in an article published today in the Proceedings of the National Academy of Sciences (PNAS).

Elasticity is a fundamental property of cells, related to the anatomy, function and pathological state of cells and tissues. A cancerous tumour becomes rigid. Atherosclerosis and vascular aneurysms start with a loss of elasticity in the cells and arteries. Endothelial cells release transmitters that cause the vasoconstriction or vasodilation of blood vessels, depending on the mechanical shear conditions associated with vessel flow and geometry.

“Until now, it has been difficult to measure the mechanical changes that continuously occur in cells," explained Pol Grasland-Mongrain, a post-doctoral trainee in Guy Cloutier’s laboratory and the principal author of the study. "With current techniques, based on cell deformation, atomic force microscopy and Brillouin scattering, it can take several dozen minutes to measure elasticity. For certain applications, this is much too slow because thousands of events can occur in a cell, such as ion transfers, neuron stimulations and cell death. These phenomena would be easier to track if we were able to measure the mechanical properties of cells very quickly.”

With simple equipment consisting of a standard microscope, micropipettes and a high-speed camera, the researchers developed a revolutionary method of observing, in real time, the displacements and forces present in mouse oocytes. According to Greg FitzHarris, a researcher at the CRCHUM, Université de Montréal professor and one of the project’s collaborators, “with this new cellular imaging method, we will be able to investigate new mechanisms involved in cell division during embryo formation”.

Vibrations of less than 1,000th of a second 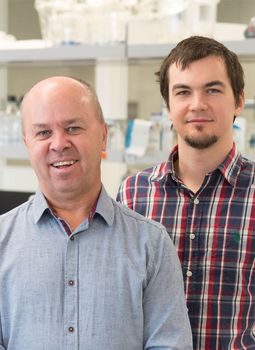 “In the beginning, we had no idea of the level of spatial resolution that we could hope for, which is what gave us the idea of using mouse oocytes," added Guy Cloutier. "These cells are large – about 80 microns in diameter – and are therefore easier to view with our new microelastography technique. In our experiments, we were able to observe mechanical vibrations in the cell lasting less than a thousandth of a second, thanks to the camera used, which can capture 200,000 frames per second." By way of comparison, a movie usually has only 25 frames per second.

With the images captured, these vibrations can be measured using displacement-tracking algorithms. But how can a map of intracellular elasticity be reconstructed from these vibrations? The answer: By using a noise correlation technique, an approach developed by seismologists when they measure the vibrations produced by earthquakes to determine the composition of subterranean rocks.

“We used this same principle to explore the internal structure of the cell from a mechanical point of view, applying shear wave elastography at the micrometer scale," said Stefan Catheline, a physicist at the Institut national de la santé et de la recherche médicale (INSERM) and researcher at the University of Lyon in France. "A wave is sent into the cell at a speed proportional to the elasticity of the components that it meets, such as the cytoplasm, nucleus or the other cell components. Elasticity is measured by evaluating the speed of the vibrations in time and space."

Pol Grasland-Mongrain explained the process he went through to make his observations: “Using a micropipette piezoelectric actuator, we induced high-frequency vibrations (15,000 cycles per second) into live mouse oocytes. With the images captured by the camera, we measured the vibrations inside the cell, using an optical flow algorithm developed initially for ultrasound applications. Next, the noise correlation algorithm allowed us to map the elasticity of the entire cell. Thus, in this study, we were able to show, among other things, that a significant reduction in mouse oocyte elasticity occurred when the oocytes treated with cytochalasin, a substance known to disrupt their cytoskeleton.”

This innovative cell elasticity mapping technology opens the door to many practical applications in biology and medicine, whether for cancer, pathogen-induced infection, scarring or tissue engineering. “Now that we’ve shown the feasibility of the technology, we can fine-tune the method and develop collaborations with experts in cellular and molecular biology, physiology and mechanobiology to explore the incredible potential of this field of research,” Guy Cloutier concluded. 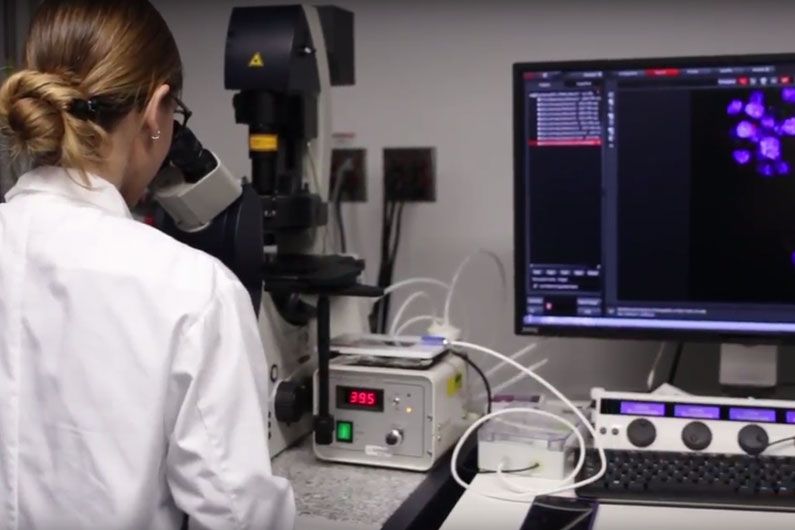 The article “Ultrafast Imaging of Cell Elasticity with Optical Microelastography” was published on January 15, 2018 in Proceedings of the National Academy of Sciences (PNAS). This study was carried out jointly by Pol Grasland-Mongrain, under the direction of Guy Cloutier at the University of Montreal Hospital Research Centre (Canada), and by Ali Zorgani, under the direction of Stefan Catheline, of the Institut national de la santé et de la recherche médicale (INSERM), University of Lyon (France), in collaboration with Greg FitzHarris’s team at the CRCHUM. The work was funded mainly by the Natural Sciences and Engineering Research Council of Canada (NSERC), the Fonds de recherche du Québec – Nature et technologies (FRQNT) (PR-174387) and the Canadian Institutes of Health Research (CIHR) (MOP-84358 and MOP-142334). The technology is protected by a patent. DOI: 10.1073/pnas.1713395115

Français
Previous Solving the problem of surgical stainless steel January 16, 2018
Next You’re more likely to die from the H1N1 flu if you were born in 1957 January 19, 2018
Share