If you were born in 1957, you run a higher risk of dying from the effects of influenza – at least, during a pandemic of the H1N1 strain. That’s not likely this year, as the A influenza virus now circulating in the western hemisphere is H3N2. But it could happen in future.

“Our models indicate excess mortality among individuals born around 1957 not only during the 2009 pandemic caused by the H1N1 virus, but also when this strain re-emerged in the 2013–2014 flu season,” said Alain Gagnon, an Université de Montréal demographer and lead author of an article this week in mBio, the journal of the American Society for Microbiology.

His surprising finding emerged after analysis of thousands of deaths in the United States and Mexico between 1997 and 2014. The surprise: During the 2009 pandemic and the 2013–14 season, the curve representing deaths caused by the H1N1 strain is higher among individuals born during the H2N2 pandemic in 1957.

What if early exposure to a flu virus compromised the immune system instead of strengthening it? It’s a question Gagnon and his colleagues raise in their study. “This hypothesis is not a new one, and it is still hotly contested among immunologists,” he said. “So-called original antigenic sin has been observed and presented to the scientific community since the 1950s.”

This “original sin” stems from the fact that an initial infection has a lifelong impact on an individual’s immune system. In most cases, the impact is protective, but there appears to be a paradox in the case of influenza that has left researchers scratching their heads.

“Our research is in keeping with this principle but it’s important to bear in mind that these are merely observational data,” said Gagnon, who for the last three years has headed the demography department’s multidisciplinary team of immunologists and social scientists. “To go further, in vivo and in vitro studies with animal models would be required. And that is clearly not our area of expertise.”

In 2013, Gagnon and his colleagues discovered that the highest mortality during the Spanish Flu of the early 20th century was observed in 28-year-olds. At the peak of the pandemic in 1918, the men and women at the greatest risk were those whose immune systems had been compromised by an influenza infection at a very early age or during gestation. Looking for the cause for this vulnerability, the researchers studied the flu pandemic of 1889 and 1890 caused by a virus believed to be the H3N8 subtype. This infection – dubbed the Russian Flu – may have weakened the immune systems of future victims of the Spanish Flu, which was caused by the H1N1 virus.

Why study deaths in the United States and Mexico? Because statistics from these two countries were the most easily accessible, Gagnon said. Data from other countries were often incomplete or difficult to obtain for reasons of confidentiality. Canada, on the other hand, has simply too small a population to yield statistically significant findings. 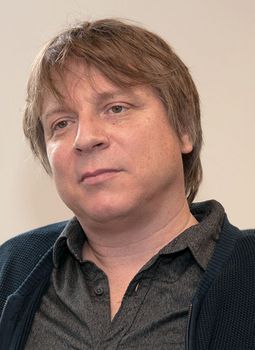 According to the World Health Organization, seasonal flu claims 250,000 to 500,000 lives worldwide every year. Although seniors and children are still the most likely to suffer from the effects of influenza, the mortality rate may partially depend on exposure to an initial infection. Going forward, therefore, flu-prevention campaigns should consider the cohort factor, Gagnon believes.

“It is also generally thought that past exposures to antigenically dissimilar strains of influenza virus may also be beneficial due to cross-reactive cellular immunity,” he and his co-authors say in their study. “However, cohorts born during prior heterosubtypic pandemics have previously experienced elevated risk of death relative to surrounding cohorts of the same population.”

Five pandemics in one century

Influenza is one of the most serious public health issues across the globe. It comes back every year but periodically turns into a pandemic. Here are the major pandemics that have occurred over the last century: