Welcome to Duckietown, a robotic platform for miniature, self-driving cars with little rubber duckies at the controls ... sort of.

It's not uncommon to see ducks in flight. But what about seeing them behind the wheel of a car? Highly unusual, right? – unless, of course, they were made of rubber and were part of an experiment called Duckietown.

In a course he gives at Université de Montréal, computer science professor Liam Paull got his students to design algorithms that move model cars around a track in a fictional place called Duckietown. The cars look like they're being driven by little rubber ducks, but in fact that's just for fun.

The cars actually run autonomously, powered by robotics and artificial intelligence. In this video, Professor Paull explains how it all works. 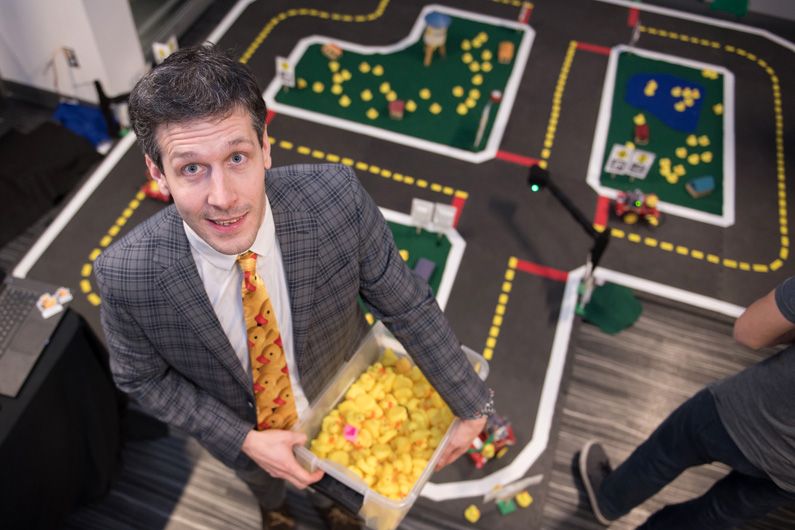 Get your ducks in a row!