Even though they have more cardiovascular problems, fewer women and people over 65 are recruited for randomized clinical trials than men and younger people.

Trying to determine how best to treat a patient, doctors often look to randomized clinical trials to guide their choice of what drug to prescribe. One of the most common illnesses is heart disease, and in recent years it’s been proven that, contrary to popular belief, more women have heart problems than men do; similarly, it's more common for older people to have a heart condition than younger people. But do clinical trials reflect this reality?

Apparently not. According to a new study published in Circulation: Cardiovascular Quality and Outcomes by Quoc Dinh Nguyen, a professor at Université de Montreal’s Faculty of Medicine,  researchers continue to test new heart drugs mostly on men (71 per cent), even though the majority of people affected by heart disease are women. Moreover, the male subjects have an average age of 63, when in fact the average age of people with the two most common heart diseases is between 68 to 69.

In the last 20 years, the sex-and-age gap in drug trials has barely diminished, even though the population is ageing rapidly, said Nguyen, a geriatrician at the Centre Hospitalier de l'Université de Montréal (CHUM). 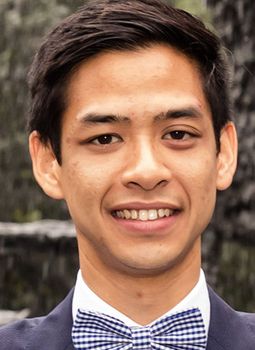 “This under-representation of women and older people in clinical trials could have adverse consequences on care for both of these patient groups. The body of an older person doesn't respond to many treatments and medications like that of a younger person. The correct dosage or intervention are often different for older patients and so, too, are the side effects, but we can’t know the specifics unless clinical trials are performed on a significant number of older people. This is also true for women.”

"The current lack of representation means that physicians have to apply findings based on a male dominant and younger population without being sure that these results should be extrapolated to women or older people in general.”

Nguyen decided to look into the issue while still a resident in geriatric medicine, prompted by discussions with colleagues and the concern they shared about effective treatment of heart disease. Resident physicians in other fields such as anaesthesiology, psychiatry, emergency medicine and cardiology joined him in the effort.

Already, 20 years ago, researchers had begun to raise the alarm that the under-representation of many segments of the population, especially women, in clinical trials was problematic. “Our research team wanted to know whether practices had significantly improved since then,” Nguyen said.

To find out, his team of residents took a close look at the 25 most frequently cited (i.e. most influential) clinical trials for each year in the 20-year period from 1996 to 2015. They compared the age and sex of participants to data published in the U.S. National Health and Nutrition Examination Survey 2015-2016 on the prevalence of cardiovascular disease in America.

The research team examined data on coronary artery disease, atrial fibrillation, heart failure and hypertension, along with cardiovascular risk factors. It also looked at diabetes, since people with that disease are two to four times more likely to suffer from heart disease as well.

“Our research team was disappointed to see that, although the situation has improved slightly, it will still take decades to eliminate representational bias in clinical trials,” said Eric Peters, an anaesthesiologist at CHU Saint-Justine children's hospital who is the new study’s second author. “Based on our calculations, it'll be another 90 years before parity is achieved in studies on coronary heart disease. And that's before we factor in population-ageing, which is accelerating.”

In the 500 clinical studies they analyzed, the team found that women represented a median of only 29 per cent of participants and that the average age of participants was only 63. “This is nowhere near the reality of what we see in hospital emergency rooms and departments of internal medicine, cardiology and geriatric medicine," said Nguyen.

It's a myth that heart disease primarily affects men; medical research has proven otherwise. As the second leading cause of death in Canada, heart disease kills more women than men. And it affects women later in life – in the case of coronary artery disease and heart failure, about 10 years later.

While death from heart disease has been falling among women, it has been falling at a faster rate among men. One of the most plausible hypothesis, according to the scientific literature: physicians underestimate the risk for women, and so treat them less often than men.

Historically, women have long been excluded from drug trials due to the fact they could become pregnant while on medication. But this shouldn't apply to trials of heart drugs, since participants are already over 60 years old. Age also plays a factor in how women get selected. If researchers want to make sure women are adequately represented, they would need to recruit older participants, since cardiovascular disease afflicts women later in life than men.

But recruiting older people makes things more complicated for clinical researchers. Older people often have more difficulty getting around, making it harder for them to come in for testing. Furthermore, the older they are, the more likely they have a variety of ailments that require taking other medications; researchers often prefer to exclude them from clinical trials so as not to confuse the results. Also, older people are generally more fragile and less able to tolerate the side effects of the drugs tested.

Baby boomers: the next wave

In the U.S., it's estimated the number of people aged 65 and older will double over the next 30 years. With the first baby boomers now turning 73, the demand for cardiac care is expected to skyrocket, not just in the U.S. but in Canada and elsewhere as well.

“We have to do better,” Nguyen said. “We must recruit more women and older people for clinical trials by relaxing eligibility criteria and adopting measures that encourage them to participate, such as arranging transportation and asking their families to help. As well, regulatory agencies should be more stringent in order to improve representation of both groups.”

"It's a question of quality of care."

This study was financed by two research grants from the Fondation du CHUM and a grant from the Montreal Heart Institute Foundation.