Is there life out there in the universe? Université de Montréal astronomers are working day and (especially) night to find out. Advanced technology is helping bring the answer within reach. 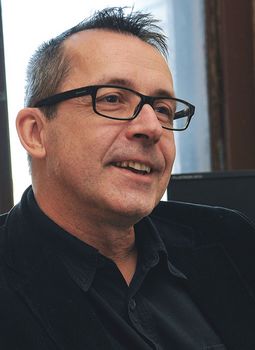 Over the coming year, members of the Institute for Research on Exoplanets (IREx) will be looking to the skies in hopes of catching a first glimpse of extraterrestrial life. “We’ll actually be looking for the building blocks of life: a planet with an atmosphere and liquid water,” said IREx founder René Doyon, a professor at Université de Montréal (UdeM).

In 1995, a team of Swiss scientists discovered a planet orbiting a star other than the sun and since then several thousand more exoplanets have been found. In 2008, Doyon's team made headlines by publishing the first direct photograph of a planet outside our solar system. The next step is to find a planet capable of supporting life.

Detecting signs of life involves searching for planets in a star’s habitable zone, also called the “Goldilocks zone” because its distance from the star is neither too close (“not too hot”) nor too far (“not too cold”).


“These could be massive ‘super-Earths’ that are anywhere from two to 10 times the size of our planet, or simply hunks of rock covered by an ocean, like Europa, one of Jupiter’s moons,” said Doyon.  “However, Europa’s surface water is frozen.”

The other critical element is an atmosphere. Researchers at IREx will soon be equipped to assess the atmosphere of temperate exoplanets like ours. They could detect water vapour and, if they're lucky, traces of methane and oxygen, the “calling cards” of biological activity. 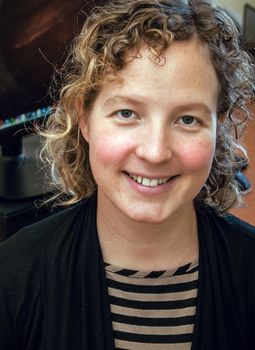 The launch of the James Webb Space Telescope, whose main mission will be to search for extraterrestrial life, would have made 2018 a historic year in astronomy. UdeM has been closely involved with work on the telescope, which will further human knowledge from its destination orbit some 1.5 million kilometres from Earth.

The telescope was originally scheduled for launch on an Ariane rocket in October, but unfortunately liftoff had to be pushed back, first to March 19, 2019, and then twice more. At present, the launch is planned for March 30, 2021.

Doyon is taking it all in stride. “I've worked on this project for 17 years, so one year more or less won’t keep me up at night, especially since the postponement was caused by the need for adjustments and corrective measures. There are some extremely high-tech devices on that telescope.”

UdeM has also played a key role in developing another detection instrument, the SPIRou infrared spectrometer, which collected its first photons in 2018 from its location at the Canada France Hawaii Telescope, in Hawaii. “On April 24, 2018 at around 7:50 p.m., Hawaii time, SPIRou first collected light from a star – and over the following nights, SPIRou racked up an impressive collection of 440 spectra from 24 stars,” said Marie-Eve Naud, an astronomer who also handles communications at iREx.

Naud emphasized that SPIRou was designed to find planets similar to the Earth that orbit the stars closest to our sun. But the experts accessing this one-of-a-kind device won’t examine planets at random. Instead, they’ll stick to a long, predetermined list of planets that orbit some 100 red dwarf stars near the sun. Red dwarfs, which are neither as big nor as bright as our Sun, are invisible to the naked eye. However, they are far and away the most common class of star in the Universe. In the Milky Way alone, there could be billions of planets circling red dwarfs. Researchers at UdeM will focus their research on stars less than 36 light-years from the Earth.

Five to 15 planets to discover

“A team led by PhD student Ryan Cloutier is hoping to discover anywhere from five to 15 planets that are similar in size to the Earth and are within their stars’ Goldilocks zones,” said Naud. “The team may be able to study some of these in detail using the James Webb Space Telescope and the next generation of large ground-based telescopes.” SPIRou has been installed in one of the best astronomical observation sites in the world, the summit of Mauna Kea, a mountain on the island of Hawaii.

Aside from spotting potentially habitable planets, SPIRou could detect the magnetic fields of stars as they form and identify the atmospheric characteristics of planets as they pass in front of their stars.

Founded in 2015 thanks to a million-dollar donation from the Trottier Family Foundation, IREx brings together around 40 professors, researchers, postdocs  and students, primarily from UdeM and McGill University.

The team has also forged a number of national and international partnerships for its various projects. “I thought we were better off working together than competing with each other—and the various parties seemed to agree,” said Doyon. “Today, the Institute is doing very well and we are making good progress.”

Are we alone in the Universe? As keen as he is to answer the question, Doyon isn’t ready to venture a guess just yet. “A decade from now, we should have empirical proof to confirm whether or not other forms of life exist,” he said.

How do you look for signs of life?

The first step is to discover exoplanets, which are the planets outside our own solar system where life is most likely to exist.

Astronomers do this by looking for changes in the light given off by a star. For example, if a star seems to dim by half a percent, that could mean an exoplanet is moving in front of the star, similar to an eclipse.

After confirming that light changes really are caused by a planet, astronomers then calculate the planet's diameter, mass, distance from its star and surface temperature. If conditions on the planet are right for maintaining liquid water, they could also be capable of sustaining primitive forms of life.

“We also look for oxygen, methane or carbon dioxide in a planet’s atmosphere because we know that these molecules are associated with biological activity, at least on Earth,” said Mathieu Ouellet, head of operations at the Mont-Mégantic Observatory, a three-hour drive east of Montreal. “Another way to look for life on another planet is to search for the chlorophyll spectrum. If we can detect this spectrum, it could mean photosynthesis is occurring on the planet.”

Français
Previous The road to modernity is not a one-way street December 10, 2018
Next An exceptional surgical intervention December 14, 2018
Share