Fluconazole, a medication that's commonly used to treat yeast infections, can result in a greater chance of miscarriage, an UdeM study finds.

Fluconazole, a drug commonly used to treat vaginal yeast infections, can lead to a greater chance of miscarriage if taken orally during pregnancy, according to a new study by Université de Montréal researchers.

While topical azoles applied as creams or ointments are the usual go-to treatment for pregnant women with fungal infections, oral fluconazole ingested in tablet form is frequently prescribed as well.

A team led by UdeM pharmacy professor Anick Bérard looked at data on 441,949 pregnancies listed in the Quebec Pregnancy Cohort between 1998 and 2015, and linked them to filled prescriptions in the Quebec Prescription Drug Insurance database.

In their study, published today in the Canadian Medical Association Journal, the researchers found that taking oral fluconazole was linked to adverse outcomes in 2 to 3 per cent of cases.

“Our study shows that taking any dose of oral fluconazole while pregnant may be associated with a higher chance of miscarriage, although the risk remains small,” said Bérard, who holds UdeM's Research Chair on Medications, Pregnancy and Lactation.

“And taking higher doses of fluconazole, over 150mg, in early pregnancy may be linked to a higher chance of having a newborn with a heart defect," a finding that is consistent with studies on animals, added the researcher.

Previous studies have already established a link between the medication and complications during pregnancy. The new results are worth highlighting, health officials believe, because one in five pregnant women get yeast infections requiring treatment. 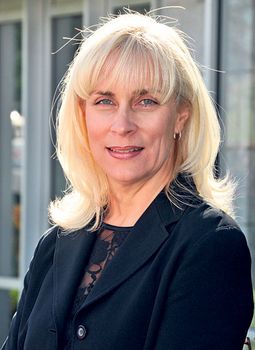 Doctors should take the right steps by first confirming the correct diagnosis "and then choosing the safest medication with the largest body of data in pregnancy at the lowest appropriate doses," they advised.

Women shouldn't be unduly worried, however. "The risk of complications is, on the whole, very low," said Bérard, who runs the Medications and Pregnancy unit at CHU Sainte-Justine children's hospital.

"Is it worse to leave a yeast infection untreated? Absolutely. But the patient and doctor should at least have a discussion about the appropriate dose. In principle, less is always safer than more. That should be the norm."

Women can also ask their pharmacists for alternative medications, some available over the counter, to treat their yeast infection, added Bérard, who is now looking at extending the study to patient cohorts across Canada.