Montreal research team unravels an adaptive mechanism involved in controlling insulin action, showing that glucagon plays a crucial part in it and can thus be a protective asset.

When people talk about diabetes, they usually also talk about insulin. Diabetes is a disease that affects millions of people around the world; insulin is a hormone that helps control this disease. Now a third term could soon be joining the conversation: glucagon.

Glucagon has long been seen as a hormone whose sole purpose was to counteract insulin's effect. However, Jennifer Estall, a researcher at the Montreal Clinical Research Institute (IRCM) and at Université de Montréal, is challenging this dogma.

In a new study published in Proceedings of the National Academy of Sciences (PNAS), her team unravels an adaptive mechanism involved in controlling insulin action, showing that glucagon plays a crucial part in it and can thus be a protective asset. 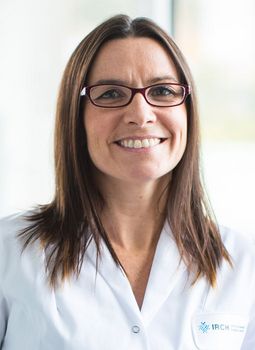 Diabetes occurs when the body is no longer able to store glucose, which can cause blood sugar levels to become too high. Over time, it can lead to serious complications. Diabetes was considered a fatal disease until 1922, when Canadian researchers identified insulin and started using it as a treatment.

“When our blood sugar levels become too high, insulin sends a signal to the body to store the excess in our tissues as energy supplies, and tells the liver to stop producing sugar,” said Dr. Estall, who runs the IRCM’s Molecular Mechanisms of Diabetes Research Unit. “Glucagon, on the other hand, orders the liver to use up these reserves when necessary, and to make more sugar. It can act, for example, during a fasting period or when the body expends more energy than usual, like when we exercise.”

Because of their opposite effects, insulin and glucagon have long been viewed as hormones that fought one another to send their signal to the liver. In fact, many scientists have suspected that glucagon, when it is too active or secreted in too large quantities, was a risk factor for diabetes.

In the past, researchers tried to develop treatments to inhibit glucagon’s effect, but their effectiveness has been unpredictable. Estall, an associate research professor at UdeM and adjunct professor at McGill University, is now able to explain why this approach has proved to be inconclusive: her team demonstrated how, conversely, glucagon can be a protective asset.

“When you fast for a certain period of time, for example when you sleep at night, your glucagon levels are higher,” she said. “This way, your body can use its energy reserves and prevent your blood sugar from dropping too low and resulting in hypoglycemia, which causes dizziness, confusion and, in severe cases, coma. We discovered that glucagon has an additional function. It prepares your liver so that, as you get up and eat your breakfast, your liver is more responsive to the signal from insulin to stop producing its own sugar, as the body will no longer need it.”

Based on their observations in mouse liver cells, the IRCM researchers discovered that glucagon needs a protein called PGC1A to control this response of insulin. This was exciting to the study’s first author, Aurèle Besse-Patin, PhD. “Activation of PGC1A did not lead to hyperglycemia, as previously thought – instead, the mice had a better response to insulin,” he said.

Added Estall: “In fact, having high levels of glucagon and PGC1A could be beneficial. Without them, the liver reacts less quickly to insulin after you eat. Therefore, it takes more time before blood sugar levels return to normal.”

Estall expects this breakthrough to encourage researchers to take a closer look at glucagon and PGC1A, which have been largely discounted because of presumed undesirable effects in liver.

“We hope that our work will help to identify new therapeutic targets for diabetes, as well as for other metabolic diseases,” Estall concluded.

“PGC1A regulates the IRS1:IRS2 ratio during fasting to influence hepatic metabolism downstream of insulin,” by Jennifer Estall et al, was published Feb. 15, 2019, in Proceedings of the National Academy of Sciences. The research project was carried out at the IRCM Molecular Mechanisms of Diabetes Research Unit and the Centre de recherche de l’Institut universitaire de cardiologie et de pneumologie de Québec.

Funding was provided by the Canadian Institutes of Health Research; the Merck, Sharpe & Dohme Corporation; the Montreal Diabetes Research Centre; the Fonds de recherche du Québec – Santé; and the IRCM Foundation through a Jean-Coutu postdoctoral scholarship.

Français
Previous Better support for people in mourning March 5, 2019
Next A television in the bedroom? March 7, 2019
Share