Ziva Postec edited Claude Lanzmann's famous Holocaust documentary Shoah, but never received the same recognition as the director. In a new film, a cinema expert at UdeM nudges her into the spotlight. 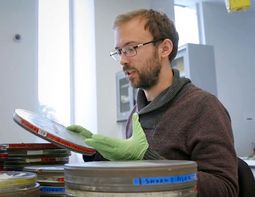 Ziva Postec: The Editor Behind the Film 'Shoah', a new 92-minute documentary by Quebec director Catherine Hébert, is being released this week in Montreal and Quebec City. Rémy Besson, a postdoctoral researcher and lecturer in film studies at UdeM, participated in the film as a historical advisor and appears on screen in several scenes. A specialist in the representation of history in cinema, Rémy Besson did his doctorate on Shoah, the central and monumental work on the Holocaust by French documentary filmmaker Claude Lanzmann. Released in 1985, Shoah is remarkable not least because of its length (more than nine hours), the quality of its interviews (with Jewish survivors, Polish peasants and Nazi overlords) with no mediating presence of a narrator, and its total absence of archival images. Largely hidden since the release of Shoah was the important role played by its Israeli editor: Ziva Postec dedicated almost six years of her life to the job. Years later, Besson met her during research for his doctorate and then put her in contact with Hébert for her film. Here he shares his thoughts on the new documentary and his participation in it.

How did you get involved with the film?

When I was finishing my thesis on Shoah, Catherine Hébert and I had a discussion about editing in documentary cinema. Ziva Postec's role in the film's making was largely unknown and Catherine wanted to know more. Thst's how the idea of making this film emerged. After our first exchanges, I played the role of historical advisor for the film and introduced Catherine to Ziva in Israel. I also helped her get familiar with the Shoah archives and we went together twice to see them at the Holocaust Museum in Washington, where I had already spent many months during my thesis. On our second visit, Catherine decided to include me in her own film.

What is new in this film?

When it comes to Shoah, we often talk about the ways that Lanzmann managed to find and film Holocaust survivors and their persecutors, but we rarely talk about the editing. Nevertheless, it is essential. Of the 12 years it took to make the film (1973-1985), editing took half the time (1979-1985). Without benefit of a script, Ziva Postec built a narrative structure for the film and gave cinematic form to the material Lanzmann had shot. Catherine Hébert's film also comes at a time when researchers in the history of memory as well as the history of cinema are now keen to bring out figures such as the editor, who have long been obscured. The film is part of this new relationship to the past.

Yet it is Lanzmann who is associated with the singularity of Shoah, not her.

Yes, it is. When the film was first released, Lanzmann took up a lot of space. For him, Ziva Postec had been essential during the editing of the film, he was dependent on her, but he freed himself from this dependence as soon as the film was finished. And she had a hard time swallowing that. Nevertheless, in Catherine's film, we talk rather positively about the creative process that the editor and director shared. It must be said that Postec has long put any bitterness towards Lanzmann behind her.

The Holocaust has been explored many times in documentary filmmaking, but not what a filmmaker goes through in dealing with this inexhaustible subject. Is that the particularity of this new film?

Yes, these two aspects are intertwined, that is to say we learn here to reevaluate the role of editing in film creation and at the same time we learn to see Shoah as the result of a complex creative process. As well, in this film we get to see excerpts from the rarely seen "rushs" of Shoah that are archived in Washington, accompanied by the editor's reminiscences that gives them new meaning.

Sound editing was also crucial in Shoah, but little recognized.

Yes, the people in the audience may have got the impression that the protagonists in the story were speaking directly to them, but in reality there was a huge amount of work involved in editing the sound. As Ziva Postec often says, "It was like making lace."

Are there any interviews that Lanzmann filmed but never edited, and that can still be used?

A lot. It should be noted that Shoah includes excerpts of some 30 interviews, when in fact Lanzmann shot about 80. So even if we take into account the five films he made since then – from A Visitor from the Living in 1997 to The Four Sisters in 2018 – there are still many things that can be used creatively in other films. 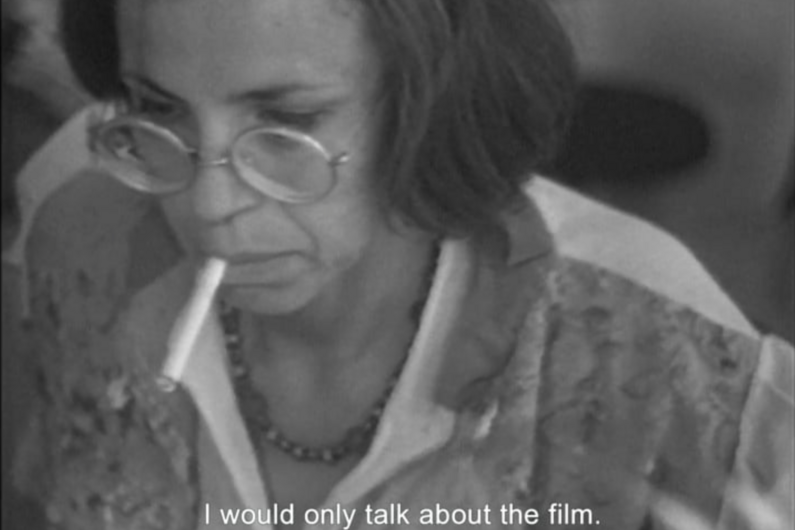 About the film and Rémy Besson's research

Ziva Postec: The Editor Behind the Film 'Shoah', directed by Catherine Hébert, opens March 15 tat the at the Cinémathèque québécoise and the Cinéma Cartier in Quebec City, and screens March 16 at the Cinema du Musée in Montreal. A special screening will be held March 17 at the Cinémathèque followed by a discussion with Hébert, Rémy Besson and editor Annie Jean; the run continues Monday and through the week. Shoah, une double référence? Des faits au film, du film aux faits, a book based on Rémy Besson's doctoral thesis and published by MkF éditions in Paris in 2017, is available at the Bibliothèque des lettres et sciences humaines of UdeM.

Français
Previous A television in the bedroom? March 7, 2019
Next For peat's sake! Let's chill out a bit and stop global warming. March 19, 2019
Share