Our immune system is programmed to destroy cancer cells. Sometimes it has trouble slowing disease progression because it doesn’t act quickly or strongly enough. In a study published in The Journal of Clinical Investigation, researchers from the University of Montreal Hospital Research Centre (CRCHUM) revealed the genetic signature of this failed immune response for the first time.

“This distinctive signature includes 28 genes. We were able to identify the signature by studying the genetic programming of immune cells from kidney tumours and from the blood of patients whose cancer was progressing, and then comparing it with the genetic programming of healthy people’s immune cells. This signature could help us predict which patients will fare worse,” said Réjean Lapointe, researcher and head of the cancer research team at the CRCHUM.

The team also showed that these same genes that are linked to a failed immune response are found in patients with cancers other than kidney cancer or with bacterial and viral infections such as AIDS. 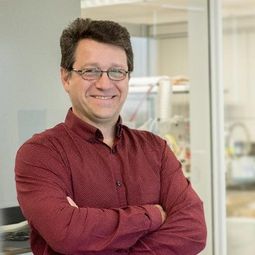 “Thanks to our sample bank and powerful bioinformatics tools, we were able to validate the relevance of this signature on nearly 11,500 patients. Those with the worst clinical outcome had a higher presence of these 28 genes in their immune cells,” explained Lapointe, who is also a professor at Université de Montréal and the scientific director of the Institut de cancer de Montréal.

Of the 28 genes identified among the 20,000 coding genes in the human body, the scientists were able to show that the expression of three specific genes may even be able to predict a person's chance of survival.

To achieve such conclusive results, Lapointe's team had to map the differences in genetic programming between the immune cells found in tumours and those circulating in the bloodstream, as well as the differences between immune cells that had infiltrated the tumours of patients with a very aggressive illness and those who live longer.

“There are already a few articles in the scientific literature that partly replicate some of our results. A very recent HIV study shows that the MMP9 protein is associated with patients who do not control the infection very well. That’s what we had concluded in our study,” said Lapointe.

This massive basic research undertaking will help identify the therapeutic targets or mechanisms that can be “unlocked” in order to wake up the immune system and eliminate cancer cells.

This research was funded by the Canadian Cancer Society Research Institute; the Kidney Foundation of Canada; the Quebec Cell, Tissue and Gene Therapy Network—The Cell; the Fonds de recherche du Québec–Santé ; the Immunotherapy network from the Terry Fox Research Institute; Mitacs; Merck, the Institut du cancer de Montréal ; the Society for Immunotherapy of Cancer, and the Lady Davis Institute for Medical Research.