A discovery by CRCHUM and UdeM researchers paves the way to new therapies that might complement antiretroviral therapy.

If they don’t receive antiretroviral therapy (ART), most HIV patients see a progressive weakening of their immune system. But a very small percentage of patients—0.3%—spontaneously control the virus themselves, without ART. Could an explanation lay partly in the sets of genes expressed by scarce white blood cells that recognize HIV? Yes, according to a study published in Nature Immunology and conducted by researchers at the University of Montreal Hospital Research Centre (CRCHUM).

Critical for the coordination of immune responses, CD4 T cells are important white blood cells (lymphocytes) that help control chronic infections like HIV. But on average only about one cell in 1,000 in the CD4 T cell population can recognize the virus.

“With my research team and my collaborators, we comprehensively determined the entire set of genes expressed by these rare cells from the blood of people chronically infected with HIV in whom the virus was abundant prior to ART,” said Daniel Kaufmann, a CRCHUM researcher and an infectious disease specialist. “We then compared it to the cells of HIV controllers, infected people who control the virus in the absence of therapy. This type of powerful approach, also called genome-wide transcriptional profiling, measures the activity of thousands of genes at once, thus creating a global picture of cellular function.”

Using sophisticated cell analysis techniques, lead author Antigoni Morou, a postdoctoral fellow in Kaufmann’s lab, identified major functional differences between the two groups of patients in the study. The HIV controllers had much more robust immune responses, known as Th17 and Th22, which are important for the defence of the gastrointestinal tract, for example. But chronically infected patients with high levels of viral replication showed dysregulated CD4 T cells targeting HIV, and some of their cell subsets showed signs of abnormal functioning. 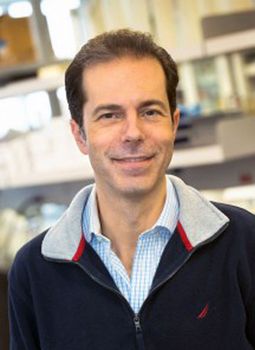 Continuing their investigation, the CRCHUM scientists wondered whether ART leads to an immune response akin to the one found in HIV controllers. “We followed up chronically infected patients after control of the virus by ART and checked if the treatment can ‘repair their immune system’ and allow them to have CD4 T cells with features similar to those of the HIV controllers,” said Kaufmann, a professor at Université de Montréal.

The result was double-edged: some gene modules were sensitive to ART, while others turned out to be expressed very differently than in HIV controllers.

“We showed that ART leaves unrepaired holes in the immune system’s wall of defence,” said Kaufmann. “Our results suggest that some of these long-lasting defects may contribute to the lack of viral control once the antiretroviral therapy is interrupted. We now know which holes linger in the immune system. Do we have to fill them in, and if so, how? This is another science question.”

Paving the way to new therapies that could complement ART, Kaufmann’s team identified important features of an effective HIV specific immune response compared to a dysfunctional one and showed how the response can be affected by ART.

The next step will be to study the underlying programming of these CD4 T cells (epigenetics) in the hope of developing new targeted strategies to reverse immune dysfunction and complement ART. Kaufmann’s lab is now using the same approach to evaluate candidates for an HIV vaccine.

In 2017, nearly 37 million people were living with HIV. Every day, 5,000 new infections are reported to health authorities around the world.

“Altered differentiation is central to HIV-specific CD4+ T cell dysfunction in progressive disease” by Antigoni Morou et al. was published July 15, 2019 in Nature Immunology. The research was funded by the US National Institutes of Health; the Canadian Institutes of Health Research; the AIDS and Infectious Diseases Network of the Fonds de Recherche du Québec-Santé; and a Canada Foundation for Innovation Program Leader grant.