Use of opioids to control post-op pain can also lead to dependency, an UdeM study finds. 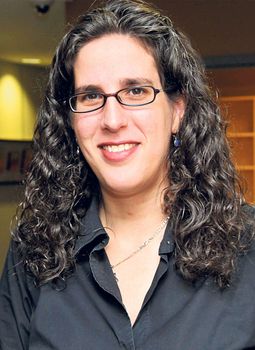 Babies whose mothers underwent surgery before pregnancy have an increased risk of opioid withdrawal symptoms at birth, according to a new study done at the University of Montreal Hospital Research Centre (CRCHUM) and published in the Canadian Medical Association Journal.

"Use of opioids for pain control after surgery may increase the risk of opioid dependence in women and withdrawal in their newborns," said the study's lead author Dr. Nathalie Auger, a professor at the University of Montreal’s School of Public Health.

"We found that mothers who had surgery before pregnancy had 1.6 times the risk of neonatal abstinence syndrome – that is, opioid withdrawal symptoms in their future newborns – perhaps because opioid use continues after surgery."

Multiple surgeries, younger age at surgery, longer time between surgery and pregnancy,  and cardiovascular, thoracic, urologic, or neurosurgery were associated with the largest risk of neonatal abstinence syndrome. There was also a strong association with general anesthesia, perhaps because this type of anesthesia is used in more complex surgeries, which can require longer use and higher dosage of pain relievers.

"Physicians have the potential to prevent neonatal abstinence syndrome with careful postoperative pain management in young women," Auger said. "Opioids continue to be overprescribed, despite efforts made to optimize postsurgical pain control through improvement of surgical guidelines and use of multipronged approaches with nonopioid painkillers or local anesthetics."

Limiting postoperative opioid exposure, reducing overprescribing and screening for opioid use in pregnant women who have had previous surgery may help reduce the risk of neonatal abstinence syndrome, she added.

Français
Previous Major breakthrough in the treatment of leukemia July 8, 2019
Next Teen depression linked to use of social media and TV July 15, 2019
Share