In a four-year study, researchers at Université de Montréal and CHU Sainte-Justine find that symptoms of depression are worse in teens who are more active on platforms like Facebook and Netflix.

Using social media and watching TV might increase symptoms of depression in teenagers, according to a new study by researchers at the Université de Montréal-affiliated pediatric hospital CHU Sainte-Justine.

Published July 15 in JAMA Pediatrics, the four-year study asked nearly 4,000 Canadian teens to report on the number of hours they spend on social media, TV, video gaming and computers. More frequent users of social media and TV had more severe symptoms of depression.

These symptoms include depressed mood, feelings of worthlessness and recurrent thoughts of death.
The study showed that when teens increased their use of social media and watched more TV than usual in a given year, then their symptoms of depression also increased in that year. Video gaming, above-average screen time on a computer, and other kinds of Web browsing were also followed in the study, but did not emerge as predictors of depression in adolescence.

Why did teens who consumed the most social media and TV get depressed? It's not so much that screen time was eating into the time they spent doing physical activities (the study found no evidence that was a factor), but it did matter what they watched and the frequency of exposure, the researchers found.

In particular, if teens watched programs or were on sites that encouraged them to "measure up" to other people – so-called "upward social comparisons" – they were more apt to have lower self-esteem. There was also evidence that social media, versus other screen-based activities, make those already showing signs of depression experience it even more deeply, through a so-called "reinforcing spiral process." 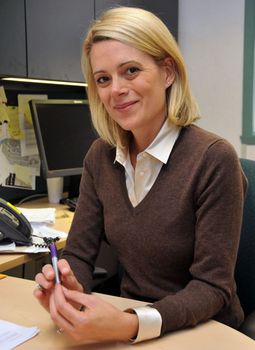 These observations are consistent with previous hypotheses about how depression develops, the study's authors say.

“Social media and television are forms of media that frequently expose adolescents to images of others operating in more prosperous situations, such as those with 'perfect' bodies and a more exciting or rich lifestyle," said the study’s lead author, Elroy Boers, a post-doctoral researcher at UdeM’s Department of Psychiatry.

"Furthermore, as the 'reinforcing spirals' theory shows, people seek out and select information congruent with their current state of mind.  The algorithmic features of television viewing and, in particular, social media create and maintain a feedback loop by suggesting similar content to users based on their previous search and selection behaviour. Thus, the more one’s depressive state influences his or her viewing choices, the more similar content is being suggested and provided, and the more likely one will be continuously exposed to such content, thereby maintaining and enhancing depression.”

All the more reason for young people and their parents to better regulate the time they spend in front of screens, the researchers say.

“Many people attribute increasing rates of depression among young people in North America to the introduction of mobile digital devices to our society, and our study seems to confirm that," said senior author Patricia Conrod, an UdeM psychiatry professor and Tier 1 Canada Research Chair at CHU Sainte-Justine. "Now more research is needed, including studies that use experimental designs, to confirm that exposure to social media is actually causing elevated rates of depression in young people."

Conrod and her team followed almost 4,000 Canadian teenagers between the ages of 12 and 16 who were part of a national cohort called the Co-Venture Project. Each year of high school, teens were asked to log the time they spent in front of digital screens, specifying how much was to engage in social media, watch TV, play video games and use the computer for other activities. Separately, the teenagers regularly filled out questionnaires on their state of mind, reporting any symptoms of depression they felt.

After collecting the data, Conrod's researchers did advanced statistical analyses to assess the relationship between screen time and depression, modeling the year-to-year changes in both and taking into account possible common vulnerabilities and natural changes in development.

“Early identification of vulnerability to depression gives clinicians and parents a large window of time in which to intervene," said Conrod, who hopes the study will help guide the design of new intervention strategies for at-risk youth, before the symptoms become clinically significant.