By depositing a saliva sample on a tiny device attached to your smartphone, you could find out in five minutes if you’re infected, say pharmacists at UdeM.

Université de Montréal researchers are working on a technique to screen for COVID-19 using a smartphone.

“The person would simply put a saliva sample on a device attached to the phone and get the result in a few minutes,” said Xavier Banquy, a professor in UdeM’s Faculty of Pharmacy whose team came up with the idea.

The device, which has proven its effectiveness in the laboratory but has not yet been tested in a natural setting, would reduce the normal wait time for COVID-19 tests results and also free up public-health resources by identifying asymptomatic carriers early on.

“Take a hospital staff member who has to go to work, for example,” Banquy said. “If he or she tests positive, they could stay home and avoid unintentionally spreading the virus in a high-risk environment.”

Working with Plasmetrix, a Montreal-based company specializing in biomedical detection, Banquy’s team has come up with a prototype of the device. It’s small – about five square centimetres, no bigger than a card reader that connects to a phone.

Technically, it's a miniature spectrometer that uses an imaging technique to detect the presence of a viral load in saliva. In a sample from an infected person, there are between 100,000 and one million particles that can be seen by the eye of the device’s camera. 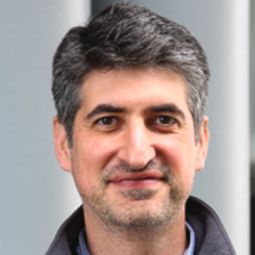 Currently, most screening tests for COVID-19 are based on samples sent to a microbiology laboratory, where the virus is detected by polymerase chain reaction (PCR). This method detects segments of DNA from the virus after it has multiplied.

“We are taking a different path, which consists of directly recognizing the presence of the virus in the body, without any chemical manipulation or extraction techniques,” said Banquy, who developed the method with graduate students Jordan Robert and Pierre Luc Latreille.

The process begins the same way it would in a medical clinic: a cotton swab is inserted into the pharynx and nose of the subject to collect saliva containing the virus and the antibody. The sample is then placed in a test tube containing a saline solution.

But after that, rather than sending the test tube to a lab, the user simply deposits a drop of the mixture into the device attached to his or her phone. And within five minutes, they get their result: positive or negative.

“Depending on the test results, the user can then decide whether or not to go to work,” said Banquy.

The nanotechnology uses tiny gold sticks that change colour depending on the environment. “In saliva, the nanosticks take on a colour that the spectroscopic device can accurately photograph,” Banquy explained.

After the user gets the result, specialized personnel can conduct further analyses to determine the level of infection. Using a video imaging system, they can observe the evolution of the contamination.

Fewer than a dozen laboratories in the world have a comparable approach, said Banquy.

His team has submitted two requests for funding to develop the project and is awaiting responses. Whatever the response, Banquy said he believes that sooner or later his system is bound to find a buyer.

“This ultra-portable detection technique applies not only to viruses but also to bacteria, and can therefore be used to conduct different types of tests,” he said. “It's a window into things that are infinitely small.”