A research team highlights the mechanisms underlying memory and learning capacity – specifically, how our brains process, store and integrate information.

How does our brain store information?

Seeking an answer, researchers at CHU Sainte-Justine Hospital and Université de Montréal have made a major discovery in understanding the mechanisms underlying learning and memory formation.

The results of their study are presented today in Nature Communications.

Led by Professor Roberto Araya, the team studied the function and morphological transformation of dendritic spines, tiny protrusions located on the branches of neurons, during synaptic plasticity, thought to be the underlying mechanism for learning and memory.

"We are very excited because this is the first time that the rules of synaptic plasticity, a process directly related to memory formation in the brain, have been discovered in a way that allows us to better understand plasticity and ultimately how memories are formed when neurons of the cerebral neocortex receive single and/or multiple streams of sensory information” said Professor Araya. 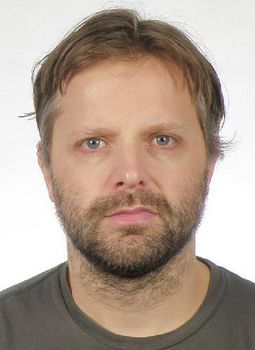 The brain is made up of billions of excitable nerve cells better known as neurons. They specialize in communication and information processing.

“Imagine a tree,” said Araya. “The roots are represented by the axon, the central trunk by the cell body, the peripheral branches by the dendrites and finally, the leaves by the dendritic spines. These thousands of small leaves act as a gateway by receiving excitatory information from other cells. They will decide whether this information is significant enough to be amplified and circulated to other neurons.

“This is a key concept,” he added, “in the processing, integration and storage of information and therefore in memory and learning.”

Dendritic spines serve as a contact zone between neurons by receiving inputs (information) of varying strength. If an input is persistent, a mechanism by which neurons amplify the "volume" is triggered so that it can better “hear” that particular piece of information.

Otherwise, information of a low “volume” will be further turned down so that it goes unnoticed. This phenomenon corresponds to synaptic plasticity, which involves the potentiation or depression of synaptic input strength.

"This is the fundamental law of time-dependent plasticity, or Spike-timing-dependent plasticity (STDP), which adjusts the strength of connections between neurons in the brain and is believed to contribute to learning and memory," said Sabrina Tazerart, co-author of the study.

While the scientific literature shows this phenomenon and how neurons connect, the precise structural organization of dendritic spines and the rules that control the induction of synaptic plasticity have remained unknown.

Araya’s team has succeeded in shedding light onto the mechanisms underlying STDP.

“Until now, no one knew how synaptic inputs (incoming information) were arranged in the ‘neural tree’ and what precisely causes a dendritic spine to increase or decrease the strength, or loudness, of information it passes on,” the professor said. “Our goal was to extract “laws of synaptic connectivity” responsible for building memories in the brain.’”

For their study, his team employed preclinical models at a juvenile stage, a critical period for learning and memory in the brain.

Using advanced techniques in two-photon microscopy that mimic synaptic contacts between two neurons, the researchers discovered an important law related to the arrangement of information received by dendritic spines.

Their work shows that depending on the number of inputs received (synapses) and their proximity, the information will be taken into account and stored differently.

“We found that if more than one input occurs within a small piece of tree branch, the cell will always consider this information important and will increase its volume,” said co-first author Diana E. Mitchell.

"This is a major discovery,” added Araya.

“Structural and functional alterations of dendritic spines, the major recipients of inputs from other neurons, are often associated with neurodegenerative conditions, such as Fragile X syndrome or autism, as the patient can no longer process or store information properly,” he said.

“This disrupts the logic of memory construction. Now, by understanding the mechanisms underlying the dynamics of dendritic spines and how they impact the nervous system, we will be able to develop new and better-adapted therapeutic approaches.”