A new study has uncovered a correlation between psychological distress and genital and urinary health problems in female survivors of childhood sexual abuse.

A new Canadian study reveals that the psychological and physical effects of childhood sexual abuse are closely tied.

Authored by Pascale Vézina-Gagnon, a PhD candidate at Université de Montréal's Department of Psychology, under the supervision of Professor Isabelle Daigneault, the study is published today in Health Psychology.

Twice as many diagnoses 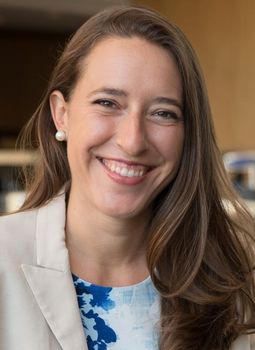 The long-term consequences of childhood sexual abuse on survivors’ health have only been recognized recently.

This finding prompted a subsequent study to determine why and how sexual-abuse survivors suffered from genitourinary problems more often than their peers in the general population.

Specifically, the second study aimed to gain a better understanding of this phenomenon by testing the theory that increased psychological distress is partly responsible for the higher incidence of genitourinary issues – such as urinary tract infections, vaginitis and pain during sex or menstruation – among childhood sexual-abuse survivors.

‘A combined approach to treatment’

“The key takeaway from this study is that one-sided treatment – one that addresses just the psychological after-effects or just the physical trauma— is inadequate,” said Vézina-Gagnon. “We need to follow a combined approach to treatment that doesn’t view these issues as separate.”

She added: “Interdisciplinary care is increasingly becoming the standard, and that's the message we hope our research sends to general practitioners, pediatricians, urologists, gynecologists, psychologists and psychiatrists so that they can help children recover as much as possible.”

This is the first study to look at the relationship between genitourinary and psychological issues over such a long period of time – more than a decade – in such a large sample of child survivors of substantiated sexual abuse versus a comparison group.

The researchers used medical data provided by Quebec’s public health insurance agency, the Régie de l’assurance maladie du Québec, and the Quebec Ministry of Health and Social Services. The study involved 661 girls between the ages of 1 and 17 who survived one or more instances of substantiated sexual abuse and a comparison group of 661 girls from the general population.

The researchers had access to anonymized data on genitourinary and mental health diagnoses received following medical consultations or hospital stays the girls went through between 1996 and 2013. Several variables were taken into account, such as socioeconomic status, the number of years of access to medical data, and individual predispositions to genitourinary health problems before the sexual abuse occurred.

‘A wider range of psychiatric issues’

“The results show that girls who were sexually abused were more likely to see a health professional for a wider range of psychiatric issues—anxiety, mood disorders, schizophrenia or substance abuse—than girls in the comparison group,” said Vézina-Gagnon. “These consultations were also associated with more frequent medical appointments or hospitalizations for genital and urinary issues in the years after the sexual abuse was reported.”

The researchers also found that the more girls consulted their doctors or were hospitalized for multiple psychiatric issues (so-called comorbid psychiatric disorders) after experiencing abuse, the more importantly this explained subsequent genital health issues (62%) and urinary health issues (23%). This difference observed between genital and urinary health (62% vs. 23%) may be explained by factors not included in this study, said Vézina-Gagnon.

“Additional studies are needed to investigate this difference and determine whether other important variables – ones that we didn’t have information on, such as the severity, length and frequency of the abuse –could be associated with more severe genitourinary health outcomes,” she said.

“On an emotional and behavioural level, two hypotheses can be formulated to explain these findings,” said Vézina-Gagnon. The first is that the association is due to a hypervigilant response. Survivors of sexual abuse who are affected by several mental health issues – such as anxiety, depression and post-traumatic stress disorder – may become hypervigilant or more likely to notice symptoms related to their genital or urinary health, which would lead them to see their doctor more frequently.

“In contrast,” she continued, “the second hypothesis is that the association is caused by avoidant behaviour. Survivors may put off or avoid asking for help or seeing a doctor for genitourinary issues, thereby increasing the risk that such problems deteriorate or become chronic conditions. Gynecological care may trigger memories of past abuse (due to the imbalance of power between patients and doctors, the removal of clothing, feelings of vulnerability and physical pain) and it may therefore be especially difficult for these girls.”

Toward a holistic approach

The study’s findings align with the scientific literature on health psychology and abuse, and once again highlight how important it is to consider the relationship between physical and mental health,” said Vézina-Gagnon. A holistic approach (body-mind approach) is therefore needed to help girls recover from sexual trauma, she maintains.

“In light of these findings, healthcare practitioners should assess the level of psychological distress experienced by survivors of childhood sexual abuse who report genitourinary issues and direct them to the right mental health resources” Vézina-Gagnon said.

“The researchers behind this study believe that early and targeted intervention to reduce psychological distress among survivors may be helpful in preventing genitourinary issues from deteriorating or turning into chronic conditions.”