An UdeM molecular biologist at the Maisonneuve-Rosemont Hospital Research Centre discovers a new function for BMI1, which is known to counteract brain aging.

Another step towards understanding Alzheimer's disease has been taken at the Maisonneuve-Rosemont Hospital Research Centre. Molecular biologist  Gilbert Bernier, and professor of neurosciences at Université de Montréal, has discovered a new function for the BMI1 gene, which is known to inhibit brain aging. The results of his work have just been published in Nature Communications. 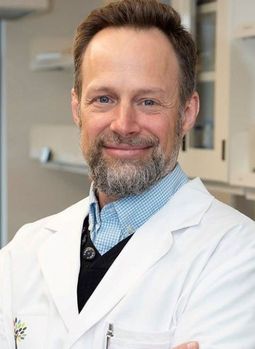 In his laboratory, Bernier was able to establish that BMI1 was required to prevent the DNA of neurons from disorganizing in a particular way called G4 structures. This phenomenon occurs in the brains of people with Alzheimer's disease, but not in healthy elderly people. Thus, BMI1 would protect against Alzheimer’s by preventing, among other things, the excessive formation of G4s that disrupt the functioning of neurons.

“This discovery adds to our knowledge of the fundamental mechanisms leading to Alzheimer’s,” said Bernier. “There is still no cure for this disease, which now affects nearly one million Canadians. Any advance in the field brings hope to all these people and their families.”

In previous articles published in the journals Cell Reports and Scientific Reports, Bernier demonstrated that the expression of the BMI1 gene is specifically reduced in the brains of people with Alzheimer's disease. He also showed that inactivation of BMI1 in cultured human neurons or in mice was sufficient to recapitulate all the pathological markers associated with Alzheimer's disease.

The Maisonneuve-Rosemont Hospital Research Centre is part of the CIUSSS de l'Est-de-l'Île-de-Montréal, a comprehensive public health-care network in the eastern sector of metropolitan Montreal.