What will the migration back to the workplace after the pandemic look like? “It will be a major test for employers,” according to Professor Tania Saba, who is conducting a study on the subject.

Some employers are working on a post-pandemic back-to-work plan, but most are not. Tania Saba, a professor in the School of Industrial Relations at Université de Montréal who is studying the subject, believes employers should start thinking about the process now, during the current transition period. She invites employers and employees alike to respond to her survey.

Saba’s study is a follow-up on a previous survey she conducted, which found that most people like working from home and hope to continue doing so after the pandemic.

So far, 6,000 people have taken the second survey and the preliminary results confirm the popularity of telework: two out of three respondents (66%) now want to continue working from home, compared with 51% last September. In the public sector, the rate is 71%.

“It was a revelation for most people, including managers,” says Saba. “As people got used to working from home over time, they came to like it more and more. It stopped being an emergency situation and became the new normal for many.”

Respondents like the idea of a hybrid arrangement in the future but want it to structured. “People would prefer to have a system, rather than not knowing when they will be working from home and when they will be at the office.” 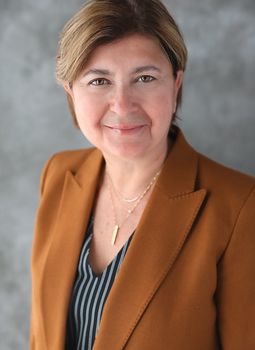 The advantages of working from home most frequently mentioned by respondents are greater independence, equal productivity and time savings.

“Before the pandemic, some people spent an hour-and-a-half or two hours per day commuting,” notes Saba. “That adds up to a day of work per week. 60% of respondents said the time they’re saving allows them better work-life balance and is improving their general wellness. Even managers who were sceptical at first have become more supportive of telework.”

For some people, however, working from home has been invasive and intrusive, either because their work day stretches out or because they have a cramped or unsuitable work environment at home.

“The more people’s tasks are interdependent and the more they need to interact with coworkers, the harder it is to work from home,” Tania Saba points out. “Some people also feel isolated and miss the formal and informal contacts they had in the workplace.”

Prof. Saba’s current survey seeks to determine the extent to which employers have a pandemic exit plan – or intend to prepare one.

Preliminary results indicate that respondents believe 65-70% of work could continue to be done from home after the pandemic.

A large proportion of respondents expect that they will be able to continue working from home part of the time. According to Prof. Saba, employers will have to move quickly to establish a back-to-the-workplace plan, and the transition period we are about to enter will be “a major test for them.”

“We’re trying to identify ways to implement telework that have value-added for employees and employers, create engagement and build a sense of community within the organization,” she says.

Tania Saba recommends that employers use this period to test different models and encourage their people to consider the issue together, as a team, rather than imposing a one-size-fits-all model that could create more dissatisfaction than benefits for the company.

The important thing, she says, is to capitalize on the gains and benefits of telework and think about whether it is a good idea to ask everyone to return to the office – especially since not everyone will have been vaccinated and even fewer will have received their second jab.

“Given the popularity of working from home, telework will be a competitive advantage for businesses when it comes to attracting and retaining staff,” Saba points out.

Employers and employees are invited to participate in the study by filling out the questionnaire.

Français
Previous Are you happy or angry in front of the screen? May 25, 2021
Next Colchicine study published in The Lancet Respiratory Medicine May 27, 2021
Share