Ariane Burke explains how her international team of anthropologists, geographers and earth scientists looks to the past to assess how different cultures have – and will – adapt to global warming. 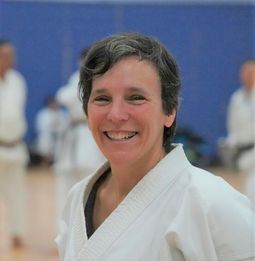 Throughout history, people of different cultures and stages of evolution have found ways to adapt, with varying success, to the gradual warming of the environment they live in. But can the past inform the future, now that climate change is happening faster than ever before?

Yes, say a team of anthropologists, geographers and earth scientists in Canada, the U.S. and France led by Université de Montréal anthropologist Ariane Burke, who runs the Hominin Dispersals Research Group and the Ecomorphology and Paleoanthropology Laboratory.

In a paper published today in the Proceedings of the National Academy of Sciences, Professor Burke and her colleagues make a case for a new and evolving discipline called “the archeology of climate change.”

It’s an interdisciplinary science that uses data from archeological digs and the palaeoclimate record to study how humans interacted with their environment during past climate-change events such as the warming that followed the last ice age, more than 10,000 years ago.

What the scientists hope to identify are the tipping points in climate history that prompted people to reorganize their societies to survive, showing how cultural diversity, a source of human resilience in the past, is just as important today as a bulwark against global warming.

We asked Professor Burke to expand on her paper, co-authored with UdeM anthropologist Julien Riel-Salvatore and colleagues from Bishop’s University, Université du Québec à Montréal, the University of Colorado and the CNRS, in France.

What does archeology tell us about how people in the past have dealt with the warming of their environment, and how is that still relevant today?

The archaeology of climate change combines the study of environmental conditions and archaeological information, allowing us to identify the range of challenges faced by people in the past, the different strategies they used to face these challenges and ultimately, whether they succeeded or not. One of the things we’re learning is how important cultural diversity is – both in the past and in the present – for the long-term survival of our species.

Can you give an example of how that works?

One of the things the archaeological record shows us is that there is often more than one solution to the problems posed by climate change. It is the variety of strategies that have worked in the past that is interesting, since it provides us with a range of possible solutions to the problems we are currently facing.  Climate modellers also use the past as a “testing ground” where they can try their hand at modelling climate systems far different from today’s, such as the rapid warming that occurred between 14,700 and 12,700 years ago.  Doing so helps them model possible outcomes of climate change in the future.

in your paper, you make a case for the importance of respecting and promoting “cultural diversity” around the world, saying, it’s a valuable source of resilience and climate adaptation.” How so?

We tend to forget that global warming will not just affect people living in urban, industrialised economies. In fact, it will likely affect them less than people living in rural areas. Similarly, we overlook the fact that people from other walks of life could hold the keys to resilience. For example, traditional farming practices – many of which are still practiced today – are valid alternatives that can be used to redesign industrial farming, making it more sustainable in the future. Furthermore, climate change will affect different parts of the globe in different ways and a variety of responses will likely be required – it’s not a “one size fits all” situation.

Indigenous cultures have a major role to play in teaching us how to respond to climate change, you also argue. In what way?

Global warming will occur faster in the Arctic than anywhere else on Earth. Indigenous people living in the Arctic today have a detailed knowledge of the environment that will be essential to planning a sustainable response to climate change in Canada’s North. Similarly, indigenous farmers all over the world cultivate a wide variety of crop types that won’t all respond to changing climate conditions in the same way. They are preserving crop diversity in the global food chain and if and when the main crop types we currently rely on fail, this diversity could well prove to be a lifeline. Another example is the readoption in northeastern North America of multi-cropping agriculture based on the “three sisters”: corn, squash and beans. There are archeological models for that, and the point is to use them to come up with more sustainable, locally scaled ways of farming that will ensure food security in the years to come.

So when it comes to global warming and its effects on humankind, the prognosis is not all doom-and-gloom?

That’s right, there is still hope. People have been experimenting with solutions to climate change for millennia. Some of them faced conditions far worse than today but they survived and even flourished. We can look to the past for inspiration and for practical solutions to make informed decisions for the future.

“The archeology of climate change: the case for cultural diversity,” by Ariane Burke et al, was published July 19 in the Proceedings of the National Academy of Sciences. Funding was provided by the Fonds de recherche du Québec – Société et culture.

Français
Previous Cannabis: sexually diverse young people with depression use more July 19, 2021
Next A hot and dry Jupiter: SPIRou reveals the atmosphere of the exoplanet Tau Boötis b July 28, 2021
Share