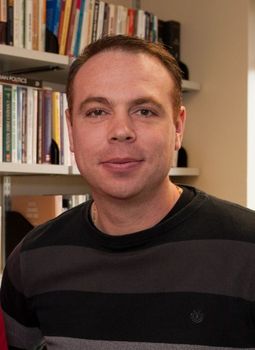 When a forest fire rages or a flood hits, many people these days tend to put the blame squarely on climate change. But many others do not, even when the extreme weather affects them personally. And that’s something a Canada-U.S. team of researchers is trying to understand.

We asked Lachapelle to discuss his team’s research in light of the conference and recent climate events and in anticipation of the updating in January of the current map, which dates from 2019, before the COVID-19 pandemic.

Why do you think a lot of people in places like Canada’s “oil patch” or the American Midwest, who have experienced terrible natural disasters like fires and floods, are still reluctant to acknowledge climate change?

Researchers are only beginning to unpack the links between experience with climate-change impacts and climate-change beliefs. The best available evidence suggests that these impacts are short-lived and modest. In a study of the impacts of extreme weather on climate change opinion in the U.S., for instance, researchers found that there is indeed an association between exposure to these events and concerns about climate change, but only with relatively recent experience with extreme weather. Extreme weather occurring more than three months out tends to have little bearing on the evolution of climate-change opinions. Moreover, these effects are modest compared to the effects of other things that mold public-opinion – like values, ideology and political identities –  which trump the effects of weather. And they can vary heavily whether a person is more of a political liberal or a political conservative.

So it’s not a question of being ignorant of the facts, or of willfully ignoring them, but rather of the facts getting in the way of a strongly held opinion?

In fact, much evidence suggests that people interpret their experience with extreme weather in ways that fit their pre-existing beliefs and values, such that people who are predisposed to reject climate change (because it does not fit their values, identity, or ideology) are less likely to perceive or accurately remember extreme weather events in their local area. This phenomena of “motivated reasoning” or more specifically “biased assimilation” is commonly found in studies of public-opinion formation, and suggests that people selectively interpret new information in ways that fit and do not challenge their pre-existing attitudes, beliefs and world views. In light of all of this, it might not be so surprising to learn that, even in the aftermath of extreme wildfires happening a few years ago, political conservatives living in the oil patch might not be so moved by extreme weather events. Their values motivate them to be skeptical about attempts to attribute the fires to climate change.

At base, what makes people with more conservative values and identities so skeptical about climate change?

First, it’s because climate change threatens their values of freedom and autonomy, and their preferences for small government. Climate change demands more government regulation and changes to our lifestyles, something political conservatives do not necessarily like. It also provides these groups with a political weapon they can use to demonize their opponents for proposing policies intended to change the status quo. The second reason is that climate change threatens their identity. For years, conservative elites  – from politicians to media barons to oil executives– have downplayed the risks of climate change. In some places siuch as the U.S. climate change has joined the ranks of other issues like abortion and gun control as a conservative identity marker. Group membership can affect how people interpret new information, as we tend to adopt a position that is consistent with our perceived “in-group” while actively resisting information coming from “out-group” sources, who are generally seen as less credible and trustworthy. To the extent that people identify with conservative elites, they are motivated to adopt a similar stance toward climate change, or else risk the in-group status and self-esteem derived from their standing in the group.

What do you think is lacking currently in terms of the political messaging around climate change?

Lots. But a key thing is messengers. Right now, most of the people speaking for climate change in the country are ecologists and youth. Their discourse is portrayed as a left-wing narrative. This does not speak to all Canadians. Because of the reasons given above, out-group messages will fall on deaf ears, or worse, polarize the public. What is missing are prominent voices from different segments of society: if working mothers in suburban Canada, farmers and ranchers in rural Canada, and conservative politicians in general, were to acknowledge and communicate the climate-change emergency, we would go a long way in terms of reducing polarization and one of the major barriers to climate action.

Is the fact of a rural-urban divide behind a lot of the skepticism?

It’s no secret that rural areas are more conservative. So having prominent voices in rural communities – people like themselves – raising awareness and concern about climate change is also missing. Rural areas also have considerable structural barriers preventing them from engaging in the types of behaviours commonly asked of Canadians in the fight against climate change: “drive less” and “take public transit” are a lot more difficult in rural settings. So these kinds of messages when heard in rural parts of the country don’t work. But, rural areas are more pro-environmental in other ways. They are more likely to grow their own food; make, mend, repair or re-use goods rather than buying new; buy local: these are all pro-environmental behaviours you commonly see in rural areas. Speaking to this, reminding rural dwellers that they are already pro-environment before asking them to do something about climate change, would go a long way in activating latent pro-environmental values. It’s better than guilt-tripping them for not driving a fancy new electric car – that only serves to polarize them further.

Did the recent federal election reveal anything that suggest a better way to bring about a consensus on climate change?

Yes. (Conservative Party leader) Erin O’Toole got the message. He can’t win on what’s seen as an anti-environmental platform. He went against some grassroots in his party and came out with a message that climate change is real and is caused by humans. He dropped the fight over carbon pricing and came up with his own plan to put a price on carbon. Conservative voices coming around to acknowledge and address the ultimate existential threat facing humans and living things on our planet is the single biggest thing we need to build a consensus on climate change. That’s what happened in in Quebec (and to a lesser extent in places like the U.K.). There is an inter-party consensus on the reality of climate change and the urgent need for action. But there are still many conservative politicians across the country and in provincial positions of power who are not singing the same tune as O’Toole. Making climate change a wedge issue, as in the U.S.  or as the ex-Tory politician Maxime Bernier and others have tried to do in some provinces like Ontario, Saskatchewan and Alberta, is definitively not the way forward. Pro-climate action conservatives need to be given more sustained prominence if we are to reduce polarization around climate action and reach a consensus on climate action in this country.