A research team affiliated with the Faculty of Dentistry at UdeM has shed new light on a human protein with potential benefits beyond oral and dental health. 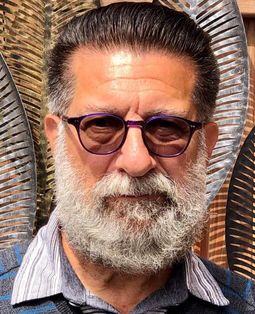 Recent studies have shown that a protein present in the gingival epithelium (the part of the gums that surrounds the teeth) may have antimicrobial properties, in particular against the bacterium Porphyromonas gingivalis (P. gingivalis). In addition to playing a significant role in periodontal disease, this bacterium may also be linked to neurodegenerative diseases such as Alzheimer’s.

The findings of the study led by Antonio Nanci, a researcher and professor in the Department of Stomatology at the University of Montreal, and postdoctoral researcher Charline Mary, in collaboration with colleagues from Université Laval and McGill University, were published in December in Nature Scientific Reports.

The study sheds new light on secretory calcium-binding phosphoprotein proline-glutamine rich 1 (SCPPPQ1), a protein expressed by the cells of the junctional epithelium. The findings suggest that this protein has antibacterial potential and identify its active portions.

According to Nanci, who also holds the Canada Research Chair in Calcified Tissues and Biomaterials and Structural Imaging, "the antibacterial potential of the SCPPPQ1 protein could be exploited not only to limit periodontal disease but also as a treatment approach to check the effects of bacteria in the brain or at other sites to which they spread.”

“This protein might offer an additional strategy for addressing the problem of bacterial resistance,” said Charline Mary, the principal author of the article.

Teeth are entry points for bacteria 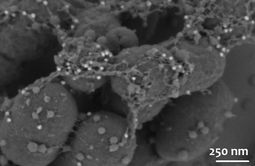 The oral environment is the second-most-important microbiome in the human body after the gut, to which it is closely linked. Within the mouth, the junctional epithelium is the part of the gum that seals off the tooth-supporting tissues from the aggressive oral environment. Briefly put, its role is to make the gum adhere to the tooth and thus limit the passage of bacteria between the two structures.

“The teeth are the only place where the integral envelope of the human body is penetrated, so they are a critical location for the entry of bacteria,” Nanci explained. “As we have known for some years, oral infection by P. gingivalis is one of the major risk factors for the development of Alzheimer’s disease. So because SCPPPQ1 may slow the growth of this bacterium and even destroy it, we can attack the cause of problems at its source and help prevent more than one disease.”

The next phases of the study will investigate in greater depth the potential for SCPPPQ1 to prevent periodontal disease—when added to toothpaste, for example—and evaluate its ability to destroy bacteria that have already penetrated the seal between the gum and the tooth.

“This is the start of an exciting, promising adventure that brings dentistry back to the forefront of overall health,” said Nanci.

More on the study

"Effect of human secretory calcium‑binding phosphoprotein proline‑glutamine rich 1 protein on Porphyromonas gingivalis and identification of its active portions," by Antonio Nanci et al, was published Dec. 9, 2021 in Nature Scientific Reports. It was funded by the Canadian Institutes of Health Research, the Network for Oral and Bone Health Research (FRQ-S) and the Canada Research Chairs program.

Français
Previous Glaucoma: seeing the light at the end of the (nano)tunnel February 7, 2022
Next Staging opera for a contemporary audience February 9, 2022
Share