Despite an increase in new diagnoses, a decrease in relapses of Crohn's disease was observed in children and adolescents.

A research team led by  Dr. Prévost Jantchou, clinician and researcher at the CHU Sainte-Justine Research Centre,  focused on the rate of Crohn’s disease relapse, as well as factors associated with relapse, in children over the past decade. The results of their study were recently published in The American Journal of Gastroenterology.

Over the past ten years or so, Canada has seen a sharp rise in the incidence of inflammatory bowel diseases, such as Crohn's disease, among young people. This can be explained by various environmental factors, such as the use of antibiotics, poor nutrition and a sedentary lifestyle.

In Quebec, approximately 2,000 children and adolescents have Crohn's disease and CHU Sainte-Justine provides care for more than 600 of these. 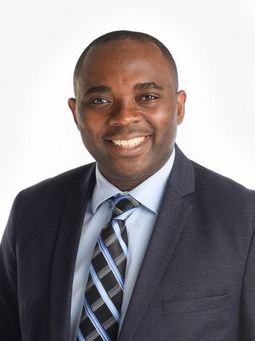 The growing incidence of inflammatory bowel disease is cause for concern because it predisposes to colorectal cancer. However, Dr. Jantchou's research team has shown a decline in the relapse rate of Crohn's disease in children in recent years. A sample of 639 patients under the age of 18 diagnosed with Crohn's disease were followed at CHU Sainte-Justine between 2009 and 2019. Of patients diagnosed between 2009 and 2014, 70.9% experienced a resurgence of their disease despite treatment, as compared to 49.1% of patients diagnosed between 2015 and 2019.

This decrease could be due specifically to the increased use of biotherapies in the treatment of inflammatory bowel diseases. This class of drugs targets specific proteins in the inflammatory cascade and includes biologics, made from living cells, and biosimilars, comparable alternatives that are less expensive than biologics.

“More important is that children can be kept in remission with biologic treatments formulated to target inflammatory molecules. In fact, 50% of patients newly diagnosed with this disease will receive a biologic treatment within three months of follow-up, thus allowing control of the disease before they develop severe symptoms,” states Dr. Prévost Jantchou.

Understanding the disease to better treat it

Although Crohn's disease is controlled for most children and adolescents on treatment, nearly half of patients were still experiencing disease recurrence or resistance as of 2019.

Little is currently known about the factors associated with the relapse of Crohn's disease in children.

In his study, Dr. Jantchou’s laboratory identified the following factors in cases of relapse:

Other factors identified in adults and published in the literature may apply in some young people, including;

“In addition to promoting biotherapies to treat Crohn's disease, identifying the factors associated with disease relapse in children and adolescents will help individualize treatments to keep children in remission more effectively and more quickly. An additional step toward personalized medicine,” says Dr. Jantchou.

The article “Risk Factors of Clinical Relapses in Pediatric Luminal Crohn’s Disease, a Retrospective Cohort Study” was published on January 17, 2022, in The American Journal of Gastroenterology. The study was funded by the CHU Sainte-Justine Foundation and the Fonds de recherche du Québec – Santé.