Renowned quantum cryptographer Gilles Brassard has won the Breakthrough Prize in Fundamental Physics, a first for an UdeM professor.

One of the world’s most prestigious scientific prizes has been awarded to Gilles Brassard, a professor in Université de Montréal’s Department of Computer Science and Operations Research.

Dubbed the “Oscars of Science,” Breakthrough Prizes recognize scientists from around the world who have made seminal contributions to human knowledge. The Fundamental Physics category honours physicists exploring the deepest mysteries of the universe.

This year the Breakthrough Prize in Fundamental Physics has been awarded to Brassard and his colleagues Charles H. Bennett, David Deutsch and Peter Shor for their foundational work in quantum information. These four recipients will share a total of $3 million U.S.

“Professor Brassard is a pioneer in quantum computing, a visionary researcher who has paved the way for a true revolution in his field,” said UdeM rector Daniel Jutras. “The extremely prestigious award he receives today recognizes his contribution to science and the international impact of his discoveries. It is a source of great pride for Université de  Montréal to have a professor of his caliber in our community.”

Brassard and Bennett are long-time collaborators who in 1984 developed the first quantum cryptography protocol for encrypting information to ensure confidentiality. This was an unprecedented advance at the interface of physics and computer science that showed how the two fields, once conceived as light-years apart, are essentially two sides of the same coin.

The discovery had enormous implications, generating out of thin air and in just five year a completely new billion-dollar-a-year industry.

In 1992, Brassard, Bennett and their collaborators, including Claude Crépeau from Quebec, succeeded in inventing the theoretical concept of quantum teleportation, which was realized experimentally by other researchers a few years later. This phenomenon, known as quantum teleportation, is unquestionably the most intriguing property of quantum information, not to mention the basis of all quantum information technologies.

Brassard and his colleagues visionary work has shaped the future of not only information processing but also physics and computer science in general. Their historic discoveries represent a break with classical thinking, proving once again that fundamental research can have profound benefits for society.

Brassard is considered one of the world’s most brilliant computer scientists. He was a mathematical prodigy who began a bachelor’s in computer science at Université de Montréal at the age of 13. He went on to become an assistant professor at UdeM at age 24 and a full professor at 33.

Brassard has received numerous awards over the years, including the Rank Prize, the Wolf Prize in Physics (considered second only to the Nobel Prize), the Micius Quantum Prize and the BBVA Foundation Frontiers of Knowledge Award.

At home in Canada, Brassard has been honoured with the Killam Prize, the Gerhard Herzberg Gold Medal from the Natural Sciences and Engineering Research Council of Canada, the Prix Marie-Victorin and the Prix Acfas Urgel-Archambault. 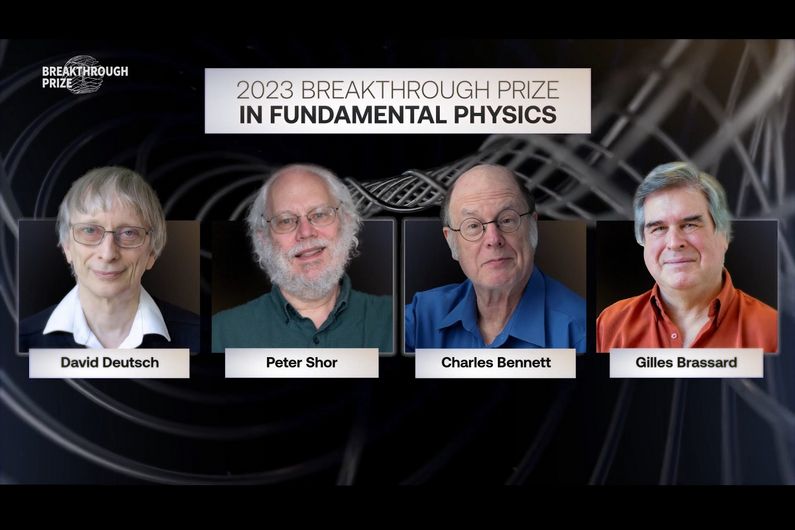