Adolescents face problems of lowered self-esteem and higher risk of symptoms associated with eating disorders by spending so much time on social media, a new study finds. 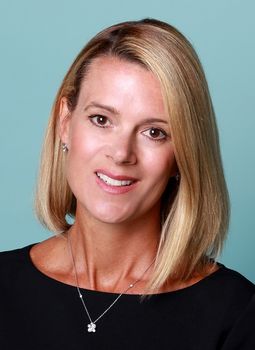 This worrisome situation occurs during a crucial period of adolescent development and continues over time, says the study by Université de Montréal professor Patricia J. Conrod, a researcher at the UdeM-affiliated CHU Sainte-Justine Research Centre.

The study was published in November in Psychology & Health.

Screen time and self-esteem have been known to influence the development of symptoms associated with eating disorders among children. But until now, no study took into account the use of different screen types (television, social media, video games) and the persistence of the impacts over time.

The new study confirms that the biggest screen-time users are the most likely to have low self-esteem, starting in the first year of use. This effect is particularly pronounced among social media users, whose lowered self-esteem persists and leads to a marked increase in symptoms associated with eating disorders two years later.

Social media appears to have a profound impact on young people's views of themselves. Prolonged exposure to and sharing of peer-generated images promoting unrealistic standards of beauty and slimness can lead to concerns about body image and weight.

And through promotion of images depicting so-called “perfect” bodies, leading to continuous reinforcement of the most popular of those images, social media contribute to the creation of a distorted representation of society, said Conrod.

“It is urgent that social media platforms collaborate transparently with (research) scientists,” said Conrod, a professor in UdeM’s Department of Psychiatry and Addiction.

“The owners of media platforms will have to choose between profit and the mental health of their users, in order to quickly find solutions to mitigate the physical and psychological effects of social networks on young people,” she said.

“Until now, researchers have had no access to the structure and inner workings of these platforms. While waiting for more openness, we must nevertheless make young people aware of their insidious effects.”

More and more young people are choosing platforms that prevent photos from being re-shared and encourage users to present more realistic images in a normal environment,” she noted.

As part of the study, some 3,800 young people in 30 high schools in the Greater Montreal area were surveyed annually over a period of five years.

Français
Previous A trail of dust from Africa to Antarctica January 19, 2023
Next Seven additional years of accreditation for UdeM's School of Public Health January 20, 2023
Share