Promoting positive parenting practices, while paying attention to the child's temperament, could prevent ADHD symptoms, according to a new UdeM and CHU Sainte-Justine study.

Studies have shown that attention deficit hyperactivity disorder (ADHD) in children can be reduced through positive parenting: by encouraging them, reassuring them, structuring their tasks and, of course, giving affection.

But few studies have measured the effect of positive parenting when combined with suppression of inappropriate behaviour by the children themselves, also known as inhibitory control.

Charlie Rioux, a psychology graduate at Université de Montréal, and her colleague Julie Murray, of UdeM's School of Psycho-Education, decided to take a look. What they discovered could lead to better-targeted interventions to prevent the onset and exacerbation of the symptoms of ADHD. 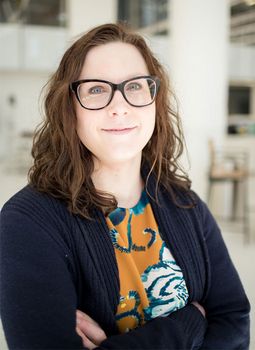 The researchers analyzed data collected from 195 mothers in the Montreal area. The mothers answered questionnaires from when their child was five months old until they reached age 7.

The researchers examined the relationship between the positive parenting of mothers when their child was four years old and the inhibitory control of the child at six years of age to see if they could predict ADHD symptoms at age 7.

"We measured positive parenting by observing the interaction between mothers and their child during activities where they had to perform certain tasks, such as reading or drawing a picture by numbers," said Rioux.

The mothers self-reported coercive parenting and their child's inhibitory control.

A positive combined effect for children

The results indicate that positive parenting, assessed when the child is four years old, is strongly associated with lower ADHD symptoms at age 7. The link is even stronger when the child has greater inhibitory control at age 6.

According to Rioux and Murray, this relationship may be explained by the fact that children with better inhibitory control are able to pay more attention to their parents' actions and, as a result, are more influenced by their positive feedback. By contrast, children with weaker inhibitory control and whose mothers engaged n fewer positive parenting practices showed more pronounced ADHD symptoms.

Interventions to be favoured

The authors of the study believe that by improving a child's inhibitory abilities, he or she may become more receptive to positive parenting practices, "which may then slow or prevent the development of ADHD symptoms."

In this regard, some studies suggest that semi-structured physical activity programs,  such as physical education classes, could improve inhibitory control in children.

In terms of interventions to improve positive parenting, there are several options for parents who report difficulty in adopting these practices.

"There are programs to this end – offered in hospitals like CHU Sainte-Justine, in CLSCs or at various community organizations – and it is also possible to consult a psychoeducator, a psychologist or books by experts on the subject," said Rioux.

According to her, the important thing is to aim for better parenting practices, without necessarily striving for perfection.

"No one is perfect and the important thing is to seek to improve your skills on a continuous basis," said Rioux. "The idea is to encourage more positive parenting practices. When in constant use, they're associated with fewer ADHD symptoms."

Français
Previous Stress and resilience: why sex and gender matter August 14, 2019
Next Is it autism? The line is being increasingly blurred August 21, 2019
Share