Jean Pelland and Martin Leblanc, founding partners of Sid Lee Architecture, announced their major donor to coincide with the renewal of the UNESCO Chair in Urban Landscape at Université de Montréal (CUPUM).

In making this gift, Pelland and Leblanc, both of whom received a degree in architecture from Université de Montréal, wanted not only to give back to their alma mater, but also to support an area of research that is particularly important to them. “We believe in the importance of building bridges between the academic community and the world of professional practice,” explained Jean Pelland.

He points out that this contribution to the academic world allows them to reflect on the city in a broader sense and to go further in their practice as architects. “Participating in the development of the UNESCO Chair nourishes our thought process both as individuals and as professionals. And that helps us push the boundaries of our work,” he added.

The renewal of the Chair, known up to now as the UNESCO Chair in Landscape and Environmental Design, brings with it new scientific perspectives. It will seek to implement strategic visions in urban design at the international level in order to propose solutions to the major social, cultural and environmental challenges facing cities in the 21st century.

“For over 20 years, the UNESCO Chair in Urban Landscape has established a reputation as a true incubator of excellence and innovation by rethinking our cities and urban landscapes,” declared Sébastien Goupil, Secretary-General of the Canadian Commission for UNESCO. “I’m extremely pleased that an important private-sector partner, Sid Lee Architecture, wants to join forces with the Chair in order to contribute to the advancement of the United Nations’ sustainable development objectives.

The Chair will also pursue its commitment to the priorities established by UNESCO in relation to the United Nations’ 2030 Agenda for Sustainable Development. 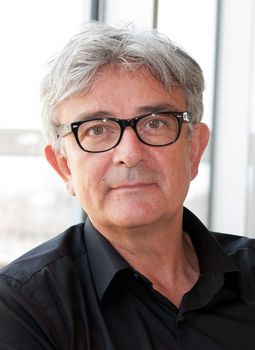 The mission of the UNESCO Chair in Urban Landscape at Université de Montréal is focused on education, awareness-raising and support for municipal experts, governments and citizens in the development of their landscapes in order to ensure the quality of urban living environments.

“Over the past four years, the Chair has contributed to the enhancement and development of higher education in the field of landscape architecture and urban design,” said Philippe Poullaouec-Gonidec, the chairholder and a professor in UdeM’s School of Urban Planning and Landscape Architecture. “Through our international inter-university cooperation network, we organized a Workshop_atelier/terrain (WAT_UNESCO) in Tiquatira, São Paulo, in 2015, and another edition in Évry, France, in 2017.”

“These international workshops focusing on urban design and landscape development offer a unique and innovative educational model based on bringing together multidisciplinary knowledge and cultures in the service of the city of tomorrow,” he added.

In previous years, the Chair has also participated in local initiatives in partnership with the City of Montreal, including the Montreal, UNESCO City of Design Initiative and the WAT_UNESCO – YUL/MTL Moving Landscapes initiative.

“The result of a collaborative process between territorial actors and international experts from the UNESCO Chair’s scientific network, these strategic actions in urban design proposed ecological environments that contributed to sustainable wellbeing, environments favouring quality of life as well as significant spaces that highlight emblematic attractions of a territory in order to foster belonging and social and cultural inclusion,” explained Mr. Poullaouec-Gonidec.

The CUPUM is currently working with the National Autonomous University of Mexico to encourage student mobility and the implementation of educational projects in landscape architecture. It has also forged close ties with the University of Rome “La Sapienza” in research and post-graduate studies.

“Alongside these activities, the Chair has opened up a new area of research focusing on teaching and the landscape in collaboration with universities in Belgium, Switzerland and France,” explained the Chairholder. “This promising new avenue will serve as a lever for supporting North-South inter-university training in landscape development and the creation of new curricula and teaching programs among partners in the UNESCO Chair’s international cooperation network.”

Finally, in partnership with the Chair in Landscape and Environmental Design at Université de Montréal, which Professor Poullaouec-Gonidec co-founded, the CUPUM created the Landscape Innovation Laboratory dedicated to the development of digital platforms for landscape management.

The CUPUM has earned recognition for the excellence and innovative quality of its work on several occasions. For instance, its teams received a National Award of Excellence from the Canadian Society of Landscape Architects in 2016, the Teaching Excellence Award 2016 for program internationalization from UdeM, and the Inter-American Prize for Educational Innovation in Higher Education award by the Inter-American Organization for Higher Education for the WAT_UNESCO workshops.

Français
Previous Cancer treatment: HMR researcher makes breakthrough immunotherapy discovery October 24, 2019
Next Could rhythm be at the root of everything around us? November 4, 2019
Share