By identifying a molecule that delays the progression of MS, CRCHUM researchers pave the way for new therapies for the nearly 77,000 Canadians living with the disease.

Over 77,000 Canadians are living with multiple sclerosis, a disease whose causes still remain unknown. Presently, they have no hope for a cure. In a study published in Science Translational Medicine, researchers at the University of Montreal Hospital Research Centre (CRCHUM) identify a molecule named ALCAM which, once blocked, delays the progression of the disease. Their results, obtained from in vitro human and in vivo mouse studies, could lead to the development of a new generation of therapies to treat this autoimmune disease.

Under normal conditions, the blood-brain barrier protects our brain from exposure to harmful elements. For example, it prevents cells of the immune system such as lymphocytes from invading our central nervous system. However, in people with multiple sclerosis, this barrier is permeable. A large number of lymphocytes manage to migrate into the brain and deteriorate its tissues (by destruction of the myelin sheath that protects the neurons and enables the transmission of nerve impulses).

“In our study, we show for the first time that a molecule called ALCAM (Activated Leukocyte Cell Adhesion Molecule), expressed by B cells, controls their entry into the brain via blood vessels. It allows them to migrate to the other side of the blood-brain barrier in mice and humans. By blocking this molecule in mice, we were able to reduce the flow of B cells into their brains and, as a result, slow the progression of the disease,” said Dr. Alexandre Prat, a researcher at the CRCHUM, professor at the Université de Montréal and holder of the Canada Research Chair in Multiple Sclerosis. 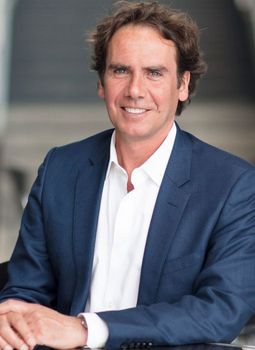 B cells contribute to the progressive phase of multiple sclerosis. Certain medications, commonly known as anti-B-cell drugs, reduce its progression and the resulting disability.  “The molecule ALCAM is expressed at higher levels on the B cells of people with multiple sclerosis. By specifically targeting this molecule, we will now be able to explore other therapeutic avenues for the treatment of this disease,” said Dr. Prat.

Multiple sclerosis can cause symptoms such as extreme fatigue, lack of coordination, vision problems, cognitive impairment and mood changes. One in 385 Canadians have the disease, including 20,000 people in Quebec. Sixty per cent of adults with multiple sclerosis are between the ages of 20 and 49 and women are three times more likely than men to be diagnosed with it.

Français
Previous Beyond the clichés: a video portrait of daily life in the former GDR November 8, 2019
Next Sex and gender in science: why they matter November 14, 2019
Share