Research on a new technique by UdeM veterinarians that measures pain in cats by their facial expressions is detailed in the Nature journal Scientific Reports.

When your cat folds back its ears, closes its eyes, puts its whiskers forward or tucks its head between the shoulders, it's most likely a sign it's feeling pain. But how can you tell how much pain?

Thanks to research done at Université de Montréal, veterinarians can now assess that with a new tool: the Feline Grimace Scale. The test measures a cat's pain based on the position of its ears, nose, whiskers and eyelids.

And it only takes five minutes to do.

"It's difficult to treat pain if we can't recognize the signs," said Dr. Paulo Steagall, who led the research at UdeM's Faculty of Veterinary Medicine and published the results Dec. 13 in the Nature research journal Scientific Reports.

First publicized a year ago in an UdeM Nouvelles report on the doctoral thesis of UdeM student Marina Evangelista, the research study is co-authored by Steagall, Evangelista and five other researchers in the faculty's Department of Clinical Sciences.

The development of this tool represents "a significant advance in the recognition and management of pain in cats," said Steagall, pointing to increased interest in animal welfare issues in the scientific community.

There have been similar scales to assess pain in mice, rats, rabbits, horses, sheep, pigs and ferrets – but until the UdeM study, none for the domestic cat.

Veterinarians around the world can now use the scale, the researchers say. One of its advantages is that it can be applied to different types of pain, whether medical, oral or postoperative. The scale can also detect a response to analgesic treatment.

The scale was developed after close observation of 39 cats brought in for veterinary care and validated by comparison with the facial expressions of 20 healthy cats. Several breeds were included: Siamese, Bengali, Maine Coon and Savannah, as well as the domestic long-haired cat.

The main obstacle for the researchers was finding funding; it's not easy to get grants to study animal pain, they say. In the end, Zoetis, a New-Jersey based pharmaceutical company specializing in veterinary medicine and vaccines, funded the project.

The scale marks an important milestone for the UdeM research team and the cause of animal welfare in general, said Steagall. "We've been working on this for four years," he said, adding he expects to refine the tool further over the next several years. 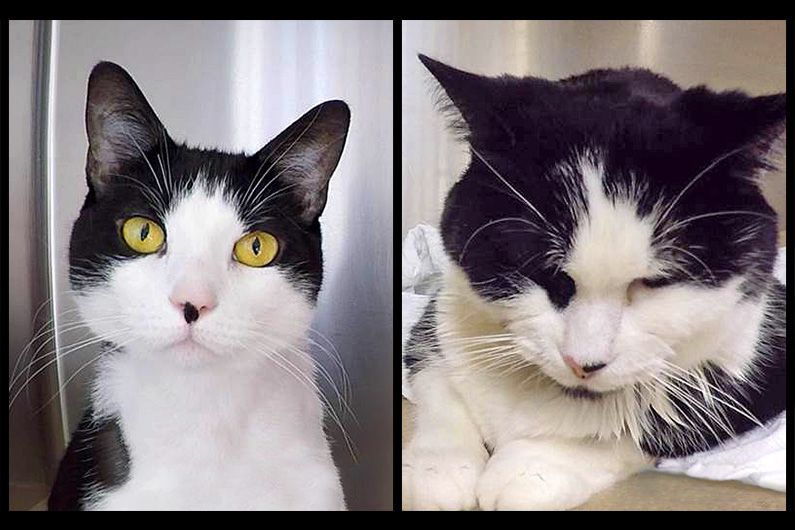 "Facial expressions of pain in cats: the development and validation of a Feline Grimace Scale," by Paulo Steagall et al, was published Dec. 13 in the Nature research journal Scientific Reports.

Français
Previous Climate change unlikely to drive sugar maples north January 13, 2020
Next Where do we come from? January 22, 2020
Share