Quebec institutions are pooling their scientific expertise to develop an extraordinary immunization program using passive plasma to fight the disease.

Is it possible that the blood of those who have recovered from COVID-19 can help cure those who are now sick?

The extraordinary situation we are currently living through demands extraordinary solutions. Faced with the threat posed by COVID-19, Quebec researchers are contributing their expertise to national and international efforts in seeking a cure for the disease. This major project is bringing together scientists from CHU Sainte-Justine (CHUSJ), the Université de Montréal Hospital Research Centre (CRCHUM), the Jewish General Hospital, Héma-Québec and a number of other Quebec hospitals. Under the leadership of Dr. Philippe Bégin, scientists will soon be collecting and using convalescent plasma to develop a passive immunization program to treat patients hospitalized for COVID-19. The treatment will be studied as part of a major clinical trial involving some 50 centres across Canada, including 15 in Quebec.

A promising approach based on old knowledge 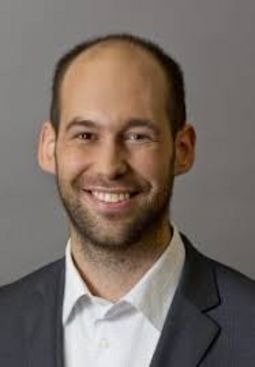 Passive immunization involves transfusing plasma from patients who have recovered from COVID-19 to patients at the onset of illness in order to transfer protective antibodies. This approach was used during major epidemics before the advent of vaccines. Older studies of other severe viral pneumonias such as Spanish flu reported reductions in mortality of up to 75%. Although encouraging, these studies showed some methodological shortcomings, and the treatment’s efficacy against COVID-19 has yet to be demonstrated.

"The advantage of passive immunization is that the drug does not have to be developed in the laboratory, but is made naturally in the donor's body, specifically to combat the new virus. However, as with any new drug, efficacy must be proven in multi-centre clinical trials. The challenge is to urgently set up the infrastructure to collect the plasma and conduct the clinical trial," said Dr. Philippe Bégin, clinician-researcher at CHUSJ, associate researcher at the CRCHUM and professor at Université de Montréal.

Héma-Québec will be responsible for collecting plasma from patients who have recovered.

One of the advantages of passive immunization is that the number of potential donors increases as the infection progresses. If the results are conclusive, a clinical offer would be immediately put in place for the hospitalized population, using the structure developed by Héma-Québec and the blood banks set up as part of this clinical trial.

"We have to wait two weeks from when the symptoms end before collecting plasma from convalescent patients, so only now are we starting to have potential donors in Quebec. But Héma-Québec has been working on this project for more than three weeks with a team of clinicians and researchers to develop the protocols and plan the logistics in order to be ready to offer this service, in addition to our usual collection activities, which remain essential," said Renée Bazin, Director of Innovation at Héma-Québec.

A feat made possible by a pooling of forces 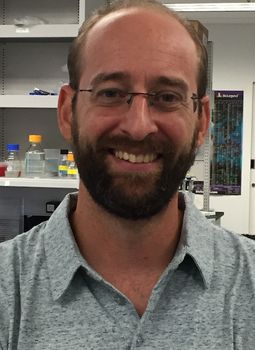 Less than one month has elapsed from the start of project design to the start of a clinical trial. This amazing feat has been made possible by the pooling of resources at all levels and collaboration among laboratories in developing serological tests, which are in daily contact with clinical teams and epidemiologists in order to move the project forward. Dr. Andrés Finzi's team at the CRCHUM was instrumental in developing the serological tests needed to check the quality of plasma before transfusion.

At the Jewish General Hospital, the first hospital in the province to have treated patients suffering from COVID-19, a team led by Dr. Sarit Assouline, a hemato-oncologist and clinical researcher specializing in blood cancers, will be in charge of the clinical trial.

"Everyone wants to be where they can be most useful in the current crisis. While the infectious disease and critical care teams are on the front lines, our teams are making a difference by using their research expertise to advance the search for solutions. No one wants to sit on the sidelines!" says Dr. Gerald Batist, Director of the Segal Cancer Centre at the Jewish General Hospital.

This major initiative, which includes a pediatric and an adult component, transcends provincial boundaries. Over the past week, the Quebec-led initiative has joined forces with projects developed elsewhere in the country to pool the strengths of research centres and institutions across the country and to launch a broad Canada-wide clinical trial. This will be co-led by Dr. Philippe Bégin at Ste-Justine, Dr. Donald Arnold at McMaster University and Dr. Jeannie Callum at Sunnybrook Hospital, affiliated with the University of Toronto. A pediatric component is also being co-developed with researchers at Toronto's Hospital for Sick Children (SickKids). Canada is thus positioning itself as a leader in the development of this therapeutic approach.

Support from the CHU Sainte-Justine Foundation

This promising research requires the support of multiple partners. The CHU Sainte-Justine Foundation, always at the forefront of initiatives to care for and improve the lives of children at the CHU Sainte-Justine has decided to financially support Dr. Bégin's initiative to enable the launch of this highly promising project in the province without waiting for the usual sources of funding.

"The current crisis demonstrates more than ever the importance of scientific research to our society," says Maud Cohen, president and CEO of the CHU Sainte-Justine Foundation. "With its high potential for short-term benefits for the population and its brilliant researchers working hard to find concrete and credible solutions, this research deserves our full attention. We are calling on the generosity of our donors to make it happen. A collective effort at all levels is essential in order to deal with this pandemic. "

Français
Previous The kids are alright … but not the elderly April 2, 2020
Next Your children's screen time during confinement April 14, 2020
Share