Four out of every 10 people are willing to continue to do their work from home when confinement rules related to COVID-19 are lifted —but almost just as many are hesitant or not at all inclined to do so if they can return to the office.

That’s the conclusion of preliminary analysis of responses by 1,614 people who participated between April 4 and 17 in an Université de Montréal-led research study on how teleworkers are adapting to the pandemic.

The ongoing research is being conducted by Tania Saba and Gaëlle Cachat-Rosset of the BMO Chair in Diversity and Governance at UdeM’s School of Industrial Relations. The study was developed with researchers at Université Laval and the Toulouse Business School, in France.

The analysis is based on data from respondents to an online questionnaire; 75 per cent were women and 25 per cent men, mostly from Quebec. Some 85 per cent were 40 years old, 85 per cent have a university degree, and 70 per cent work in the public and parapublic sectors. 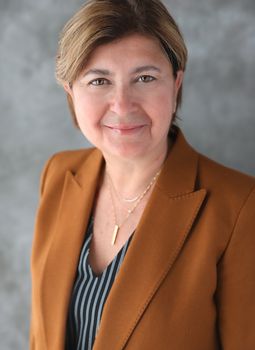 One-third of respondents said they feel that their productivity has increased since having to work remotely — this, despite the fact that more than half of the study’s participants are teleworking alongside another person at home.

Those who said they are more productive tend to be over 40 years of age and spend less time tending to family and other obligations.

"It's interesting to note that both men and women said they were more productive,” said Professor Saba. "It is not true to say that only women prefer to telework as a way of balancing their work and home life. The reasons are more complex and diverse."

In addition, those who have seen their workloads increased by teleworking also reported being more productive. Telework has proven to be a means to better control their time and the amount of work they do, they said.

Being comfortable with information technology and being well-equipped to work at a distance are important factors in improving productivity, according to the respondents.

On the other hand, those who feel isolated and far from the decision-making process reported being less productive since teleworking. "This is as much a question of organizational isolation as it is of social isolation from colleagues," explained Saba.

Similarly, lower productivity was reported by those whose workload depends on the capacity of their colleagues to handle theirs.

"These are elements that organisations can act on if they wish to increase telework, for example by creating regular information and consultation forums," Saba said.

Technology to the rescue

Just over half of the participants said they had found or created technological solutions to problems related to their work.

Those who have been innovative tend to be younger, male rather than female, and have higher than average levels of education.

Innovators are also those who have overcome challenges and demonstrated resilience, Saba said. For example, they have found ways to reconcile telework with family and personal responsibilities that were eating into their working time, have experimented with ways to work better in teams, or have met the challenge of taking on new tasks.

"In fact, task modification, brought about by telework, was the least appreciated aspect of the new teleworkers, but it was a source of innovation for them," says Cachat-Rosset, a postdoctoral researcher.

After the crisis is over

If they had the choice to return to the office after the COVID-19 crisis is over, would people prefer instead to stay at home?

Among both men and women, those most willing to telework after confinement tend to be older and are more likely to have to devote more time to family or other responsibilities.

One surprise of the survey: about 50 per cent of respondents had never or almost never teleworked before the lockdown.

Of these, one-third agreed or strongly agreed with the idea of continuing to work from home after the crisis; only 19 per cent strongly disagreed. Forty-seven percent were undecided.

Finally, those who started teleworking at the very beginning of the crisis are more likely to want to continue afterwards; those who had experienced it before the crisis felt the same way. Technological knowledge is a determining factor in that respect.

As the survey continues, more results are on the way.

"These are only the preliminary results of the first wave of responses we got,” said Saba. “Many other aspects will remain to be analysed as the next waves follow.”

How you can participate

How’s working from home working out for you?

Let the School of Industrial Relations researchers know by going online and filling out their short questionnaire, in French or in English. It only takes about 10 minutes.

And feel to free to return every three weeks or so and do it again; your updates are appreciated.

Français
Previous Making philosophy accessible to young people May 7, 2020
Next Trusting the government May 11, 2020
Share