A new study finds that in Western Europe the COVID-19 crisis has had a bonus effect for the democratic status quo: voters’ support for their governments has actually increased following lockdowns. 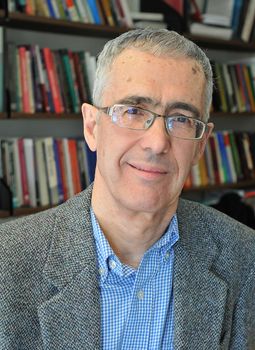 In Western Europe the COVID-19 lockdowns have given the democratic status quo  a boost, a new study has found: more voters say they’re happy with their elected leaders’ performance and would back the government in a coming election.

Some 15,000 voters were surveyed online both before and after the introduction of lockdown measures to gauge their support of their elected leaders and their overall trust in an institution or government.

To identify the date at which each national lockdown began, the researchers at UdeM, University of Toronto and King’s College London relied on data gathered by the Oxford COVID-19 Government Response Tracker.

Some respondents were surveyed before their countries’ lockdown began, and some after, allowing the researchers to track changes over time as the pandemic, and efforts to contain it, progressed.

Seven countries — including the U.K., France, Italy and Spain — began their lockdowns during the survey period. (To avoid data error, nations like Germany, where containment was decided at the subnational level, were excluded.)

In those seven countries, with over 6,000 responses, voting intention for the party of the incumbent prime minister or president grew overall by 4 percentage points, up from 24 per cent before the lockdown.

That’s a relative increase of 17 per cent, the study suggests.

The results pertain to full lockdowns, the researchers noted. Milder policy restrictions, including school and workplace closings, entailed no effect on political attitudes.

Satisfaction with democracy and trust in government grew by 2 to 3 percentage points, a relative increase of about 5 per cent — again, statistically significant, the researchers say.

The lockdowns had no impact on people’s level of political interest nor on whether people consider themselves right-wing or left-wing. So it’s likely they don’t think lockdown policies are driven by party ideology.

“Our findings bring good news for democracy, or at least for status-quo democratic institutions,” said Blais, one of the world’s leading experts on voting behaviour and electoral systems.

“An argument could be made that dictatorships are better equipped to make the tough and drastic decisions required in a pandemic crisis, while democratically elected governments would be too prudent to do so,” he said.

“Instead, most democratic governments have enacted stringent confinement measures and been rewarded with increased support. Perhaps most importantly, lockdowns have produced higher satisfaction with the way democracy works.”

Apparently, most citizens understand that strict social confinement is necessary, he added.

“They appreciate seeing their fears taken into account by their elected governments and even prioritised over economic interests. Even in this populist age, traditional political institutions enjoy some support.”

“COVID-19 lockdowns have increased support for incumbents, trust in government and satisfaction with democracy,” by André Blais, Damien Bol, Marco Giani and Peter John Loewen, was published May 7, 2020 on VoxEU, the policy portal of the Centre for Economic Policy Research, in the U.K.