Frequent viewing of pornographic videos is generally not associated with having a mental health problem, a new UdeM study finds.

But is frequent viewing of pornography a bad thing? Can it lead to psychological problems: feelings like distress, or depression, or mood disorders or, in some cases, hypersexuality? In general, no, according to a new international study led by Beáta Bőthe, a Hungarian researcher doing postdoctoral work at the Laboratory for the Study of Sexual Health, part of the Department of Psychology at Université de Montréal.

Rather, the data tend to show that — both clinically and scientifically — viewing frequency is not necessarily a reliable or sufficient indicator of problematic or compulsive use of pornography. 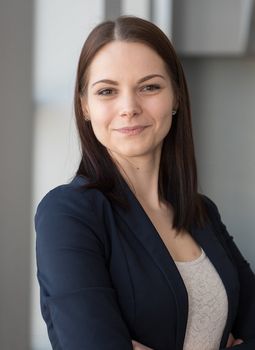 Published in the April edition of the Journal of Sexual Medicine, the study — which also involved researchers from Concordia University, Yale University and Stanford University — combines three online questionnaires completed anonymously in 2017 and 2018 by more than 15,000 Hungarians between the ages of 18 and 76.

All participants were recruited via an online advertisement. In the first survey, 14,000 people saw the ad posted in January 2017 on a popular Hungarian news portal. In the second survey, 483 people saw the ad in April 2018 on a popular Hungarian Facebook page. In the final sample, the ad interested 672 people — almost all male — surfing a Hungarian pornographic website in December 2017.

Based on 40 self-reported socio-demographic and psychological characteristics, Bőthe — who is also a researcher at ELTE Eötvös Loránd University, in Budapest — drew three distinct profiles of pornography users:

“Compared to frequent users who do not report any problems,” said Böthe, “the 3 to 8 per cent of respondents whose frequent use of pornographic sites is sustained and problematic reported higher levels of hypersexuality, depressive symptoms, sensitivity to boredom, feelings of discomfort about pornography, lower levels of self-esteem, and less satisfaction of their psychological needs related to social belonging, sense of competency and overall autonomy.”

A combination of personality traits

What the new study shows is this, said Böthe: it is more the interaction between different individual personality characteristics and social and societal contexts that can lead to frequent and problematic use of pornography.

“The study thus highlights the need for a broader assessment of the consumption of pornography in both research and clinical work, which does not only take into account the frequency of use of pornography, but also its problematic use,” she said.

Her study represents a first step in the differentiated examination of pornography consumption patterns, she added.

“We now want to include people in couples in our study to see how pornography can be associated with long-term sexual well-being.”

“High-frequency pornography use may not always be problematic,” by Beáta Böthe et al, was published in the April edition of the Journal of Sexual Medicine. To take part in this research, conducted in collaboration with professors Sophie Bergeron of UdeM and Marie-Pier Vaillancourt-Morel of Université du Québec à Trois-Rivières, send a message to projetcouple@gmail.com.

Français
Previous Trusting the government May 11, 2020
Next A cancer vaccine developed by IRIC is voted 2019 Discovery of the Year by Québec Science May 14, 2020
Share